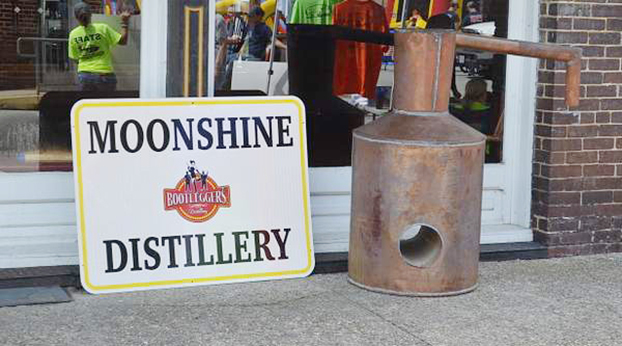 The annual White Lightning Festival highlights the Appalachian art of brewing moonshine. Pictured is a still, used to make moonshine. 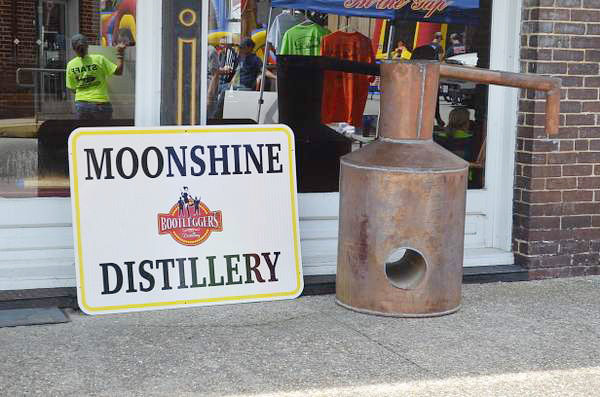 The annual White Lightning Festival highlights the Appalachian art of brewing moonshine. Pictured is a still, used to make moonshine.

Today’s stock car drivers have nothing over the risk-takers who, once upon a time, barreled through the backroads of Appalachia, loaded down with illegal rotgut. The stuff could sometimes be heard sloshing around in the moonshine tanks that were custom-built under the trunks of vehicles.

Most any night, the roar of engines could be heard echoing from mountain walls as they tried to outrun local law enforcement. After all, moonshine was a very lucrative business. Only trouble was, it was illegal – revenue taxes were not being paid to the government for the sale of shine.

It was the 1930s, 40s, and 50s – before NASCAR invented itself with the help of those rugged daredevils. Most of the early stock car racers had learned their trade via moonshine hauls.

Since 2009, Cumberland Gap has celebrated the legacy of moonshine runners with its ‘White Lightning Trail Festival.’ The event was such a huge success that by 2012, the festival earned from the Southeast Tourism Society the award for “Top 20 Events in the Southeast.”

Carl Nichols, then executive director of Claiborne Tourism, earned the “Chuck Davis Tourism Award” in 2013 from the Middle East Tennessee Tourism Council. Nichols was honored for developing the festival into one of the top events in the southeast.

Touted as one of the area’s largest summer events, the White Lightning Trail Festival continues the moonshine and fast cars legacy with a variety of family-friendly activities, celebrating the Appalachian culture with roots in music and demonstrations of old-time handicrafts.

The event has expanded with a beauty pageant, a 5K run, and plenty of arts, crafts, and specialty vendor booths showcasing the history of our way of life here in the heart of Appalachia.

The festival has drawn hoards of tourists from across the nation and from many spots around the globe.

The Claiborne Economic Partnership has worked to raise the event standard since taking over the festival. The CEP knows that once they come, they do return.