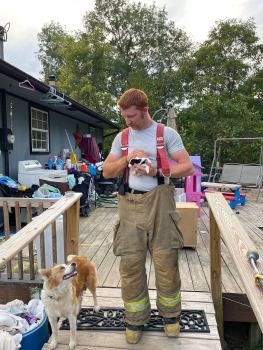 A joint effort on Oct. 2 by the Cumberland Gap, Harrogate and North Claiborne Fire Departments nets the safe extraction of a puppy stuck in a groundhog hole. Shown is firefighter Nathaniel “Red” Van Norstran, who pulled the pup to safety, holding the wayfarer while Mama looks on. 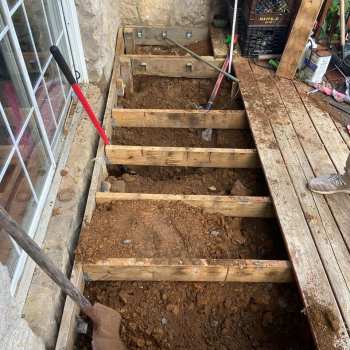 The deck boards above the groundhog hole had to be removed, followed by the arduous task of careful digging to finally extract the pup. 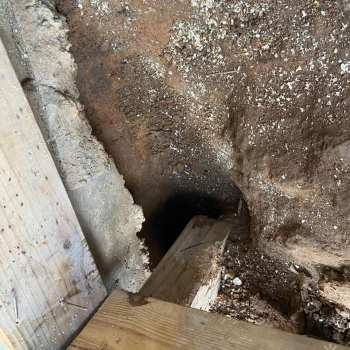 The fire departments were up against it with the location of the groundhog hole.

An inquisitive puppy just couldn’t quite resist the temptation to wander off from its Mama and sisters to investigate a groundhog hole. When the little one got stuck, who should its human family call but the Cumberland Gap Volunteer Fire Department.

The firefighters quickly responded to the scene in the Arthur Community and with the help of the Harrogate and North Claiborne Departments, managed to extract the frightened pup from his self-imposed prison.

It took some three hours of brainstorming and arduous labor to rescue the puppy from the hole located under the deck of the residence. It took lifting floorboards and a massive digging expedition but the outcome proved a positive one.

Sometime during the Oct. 2 call, the Cumberland Gap Tunnel Authority assisted with the donation of a snare to help in the rescue efforts.

The little pup, who was eventually rescued by firefighter Nathaniel “Red” Van Norstran, is by all accounts doing well.