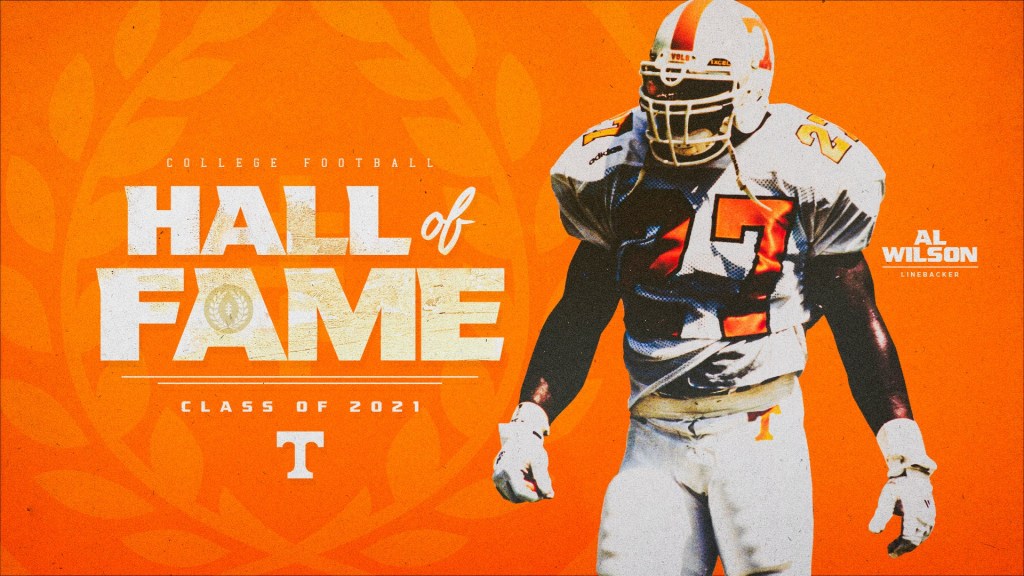 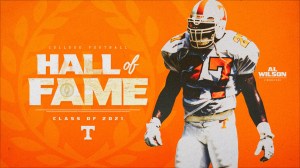 IRVING, Texas – The University of Tennessee and The National Football Foundation (NFF) & College Hall of Fame announced today that they will jointly honor 2021 College Football Hall of Fame electee Al Wilson with an NFF Hall of Fame On-Campus Salute, presented by Fidelity Investments. The Salute will take place at halftime this Saturday, Oct. 9, during the Vols’ home football game against South Carolina. Coverage of the game will start at noon ET on ESPN2.

“It’s truly a blessing to be considered one of the best to play the game at the collegiate level,” Wilson said after the announcement in January. “To my teammates, coaches and all of Vol Nation, this is our award!”

Tickets for Saturday’s game are on sale now at AllVols.com.

The NFF Hall of Fame On-Campus Salute program, which began with the inaugural College Football Hall of Fame Class in 1951, has become a hallowed tradition, and to this day the singular events remain the first of numerous activities in the Hall of Fame experience.

During the NFF Hall of Fame On-Campus Salutes, each electee returns to his respective school to accept a Hall of Fame plaque that will stay on permanent display at the institution. The events take place on the field during a home game, and many Hall of Famers cite the experience as the ultimate capstone to their careers, providing them one more chance to take the field and be recognized in front of their home crowd.

The 2020 and 2021 College Football Hall of Fame Classes will be officially inducted during the 63rd NFF Annual Awards Dinner Presented by Las Vegas Dec. 7 at the ARIA Resort & Casino Las Vegas. (The 2020 event was canceled due to COVID-19.)

“Acting as the quarterback of Tennessee’s defense, Al Wilson capped his career as one of the Vols’ greatest linebackers by leading them to a national championship,” said NFF President & CEO Steve Hatchell. “We are thrilled to honor him at Neyland Stadium.”

A consensus First Team All-America in 1998, Wilson was the only All-America selection from the perfect 13-0 Vols squad that won the inaugural BCS National Championship at the Fiesta Bowl against Florida State.

A finalist for the 1998 Nagurski Trophy, Wilson earned First Team All-SEC honors as a senior and second team all-conference laurels as a junior while losing only three conference games in four years. The 1998 team captain posted 12 tackles and a school-record three forced fumbles in the Vols’ win over No. 6 Florida that season, which ended Tennessee’s five-game losing streak to the Gators.

Finishing his stellar career with 272 total tackles, he is enshrined in both the University of Tennessee Athletics and the State of Tennessee Sports halls of fame.

A first-round pick by the Denver Broncos in the 1999 NFL Draft, Wilson was a five-time Pro Bowl selection while playing for the team from 1999-2006.

Wilson co-founded Project FANchise, which previously established the first-ever fan-controlled professional sports franchise, the Salt Lake Screaming Eagles, and operated the Colorado Crush to play in the Indoor Football League. Off the field, he has annually hosted children’s football camps and resides in Atlanta.

The accomplishments of both classes will be forever immortalized at the Chick-fil-A College Football Hall of Fame in Atlanta, and each inductee will receive a custom ring created by Jostens, the official and exclusive supplier of NFF rings.