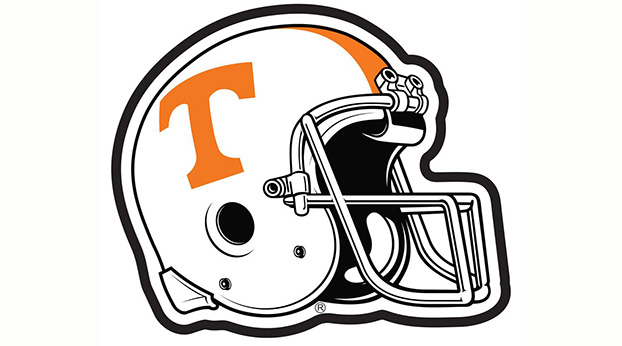 KNOXVILLE, Tenn. – Tennessee struck for 28 points in the first quarter for the second straight game, riding a strong offensive attack to a 45-20 triumph over South Carolina Saturday afternoon at Neyland Stadium.

With a sun-drenched crowd of 89,437 looking on, the Vols (4-2, 2-1 SEC) scored points on six of their seven first-half drives to build a 38-7 lead at the intermission versus South Carolina (3-3, 0-3 SEC). The Gamecocks demonstrated resolve in the second half, but UT kept the visitors at bay to remain in third place in the SEC East.

The Big Orange finished with 472 yards of total offense, 247 on the ground and 225 via the air. Tennessee converted on 12-of-17 third downs and went four-for-four in red zone opportunities, with three of those being touchdowns. The Vols committed only two penalties on the afternoon and had no turnovers.

Redshirt senior Hendon Hooker accounted for four touchdowns, all in the first half. He completed 17-of-23 passes for 225 yards and three scores, with 217 yards and all three TDs coming in the first 30 minutes. He connected with sophomore Jalin Hyatt, senior JaVonta Payton and redshirt senior Velus Jones Jr. for touchdowns. Jones Jr. led Tennessee with six receptions for 103 yards.

Hooker scored another touchdown via the ground and provided 66 of the Vols 247 rushing yards. Junior Tiyon Evans led the ground game, piling up 119 yards on 16 carries and adding a touchdown. It marked Evans’ second consecutive 100-yard effort and third of the season. Redshirt freshman Len’Neth Whitehead also found the end zone with 4:45 left in the game, plunging into the end zone from two yards out.

Defensively, redshirt sophomore cornerback Brandon Turnage had a career-high 14 stops, including eight in the first half, in his first collegiate start. His previous best was two tackles. Senior safety Trevon Flowers and junior linebacker Aaron Beasley registered nine tackles each, while redshirt junior linebacker Jeremy Banks recorded eight. Beasley recovered a fumble, while Jaylen McCollough had another interception. The junior safety has three picks in his last four games and is the first Vol with interceptions in back-to-back games since Nigel Warrior in 2019 (10/12 vs. Mississippi State, 10/19 at Alabama).

The Vols began the proceedings by forcing a three-and-out on South Carolina’s opening possession and methodically marched 66 yards on 14 plays in four minutes and 21 seconds to get on the scoreboard first. The Big Orange converted four third downs along the way, including a third-and-goal touchdown dart from Hooker to Hyatt on UT’s longest scoring drive (in terms of plays and time) of the season.

Hooker put the ball in perfect position, and the product of Irmo, South Carolina, reached over the defender to make a nifty grab for his first TD of the season and third of his career. Redshirt senior placekicker Chase McGrath added the PAT to make it 7-0 Vols with 9:18 left in the first quarter.

After stopping the Gamecocks on their second possession, Tennessee wasted little time striking again. On the third play, Hooker found Payton wide open in the end zone from 39 yards out for the senior’s fourth consecutive game with a scoring reception. McGrath booted the extra point to make it 14-0 with 6:46 remaining in the opening stanza.

The Vol defense thwarted the Gamecocks’ first scoring threat of the game, as McCollough intercepted a double pass by Jalen Brooks in the end zone late in the first period. Tennessee made South Carolina pay for the miscue, and did so quickly. After Hooker hit Cedric Tillman for a 20-yard gain and Jones Jr. for 31 more, the redshirt senior signal-caller finished the drive on the next play with an 11-yard scamper around the right side. McGrath tacked on the PAT to push the lead to 21-0 with :58 ticks left in the first period.

South Carolina committed another error on the initial play of its next drive, as the snap was fumbled and Beasley pounced on it at the Gamecock 24. Three plays later, Hooker connected with Jones Jr. to convert UT’s fifth third down of the quarter and find the end zone from 21 yards out. McGrath’s PAT made it 28-0 Vols with 12 seconds remaining in the quarter, marking the second week in a row the Big Orange tallied that many points in the opening 15 minutes. Those totals tied for the most scored by UT in the first quarter of any game since rolling up 35 in a 63-20 win vs. Arkansas on Nov. 11, 2000.

Evans, who had a 92-yard scoring run last week at Missouri, exploded through a huge hole in the middle of the South Carolina line and raced 45 yards into the north checkerboard for Tennessee’s fifth touchdown of the day. McGrath was true with the extra point, and UT extended its lead to 35-0 with 5:40 remaining in the second period.

The visitors finally got on the board with 2:04 left in the first half. Junior running back Kevin Harris barreled six yards up the middle and into the end zone to wrap up a seven-play, 75-yard drive. Parker White added the PAT to cut the Vols’ lead to 35-7.

Tennessee had one final possession before the half and 1:58 on the clock in which to respond to the Gamecocks’ score. Hooker led his squad 64 yards in 11 plays, with the Vols closing out the half with a 38-7 lead thanks to a 25-yard McGrath field goal as time expired.

South Carolina tallied first in the second half on a trick play. Facing a 4th & 9 at the Tennessee 44, the Gamecocks executed a fake punt for a touchdown. Punter Kai Kroeger hit wide receiver Payton Mangrum for a 44-yard catch and run. White added the PAT to cut the UT lead to 38-14 with 7:15 remaining in the third quarter.

The Gamecocks found the end zone again with 12:19 to go in the fourth frame when Harris bulled his way in from a yard out. A two-point conversion pass attempt by quarterback Luke Doty failed when he was intercepted in the end zone by senior cornerback Alontae Taylor, leaving Tennessee with a 38-20 advantage.

With South Carolina intent on cutting the deficit even further, Tennessee’s defense came up with a big stop on a fourth-down try and took over at the Gamecock 41. The Vols extinguished any thoughts of a comeback, covering the distance in six plays and taking 3:06 off the clock. Whitehead finished the drive by plunging in from two yards out. McGrath added the PAT to make it 45-20 with 4:45 remaining, and that’s the way it would end.