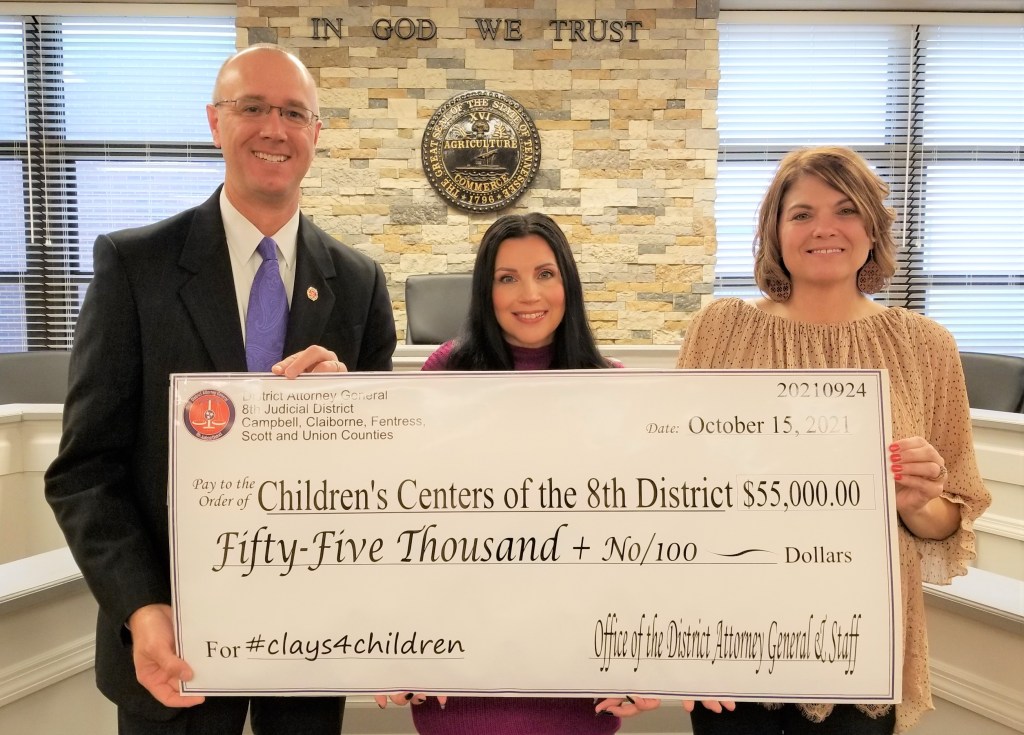 Upper East Tennessee folk have a long history of coming out in support of a worthy cause. This year’s Clays for Children felt the love from individuals as they hit the Chilhowee Sportsman’s Club in Maryville on Sept. 24 in record numbers. The annual fundraiser raked in quite the tidy sum with a total $55,000 – a six year record for the annual event.

The funds will be spread among the Children’s Centers located inside the 8th Judicial District, which is comprised of Campbell, Claiborne, Fentress, Scott and Union Counties.

Clays for Children has doubled in the number of participants since its inaugural event held in 2016. This year, 93 teams and nearly 400 individual shooters came out to compete in the charity event.

Each year, the Centers provide hundreds of children one-on-one assistance as they help victims navigate the legal system from beginning to the end and beyond. The goal is to make sure that justice is realized for those perpetrators of crimes against children.

Staff works alongside local law enforcement and the District Attorney’s Office making a bit easier the long harrowing road from medical examinations to forensic interviews and on to counseling and court proceedings.

“I am grateful and excited our event has reached its sixth year and is not only going strong, but continuing to grow,” said Effler. “The continued support we receive annually from members of the community, law enforcement, local businesses and corporations alike is simply amazing.

“The District Attorney General’s Office is pleased to announce that this year’s Clays for Children Sporting Clays Tournament netted $55,000 – a new record total for the event. This money will ensure that our Children’s Centers can continue their worthy mission of serving abused and neglected children.”

2021 Tournament Results Are as Follows:

Course B – Daniel Tate with a score of 98