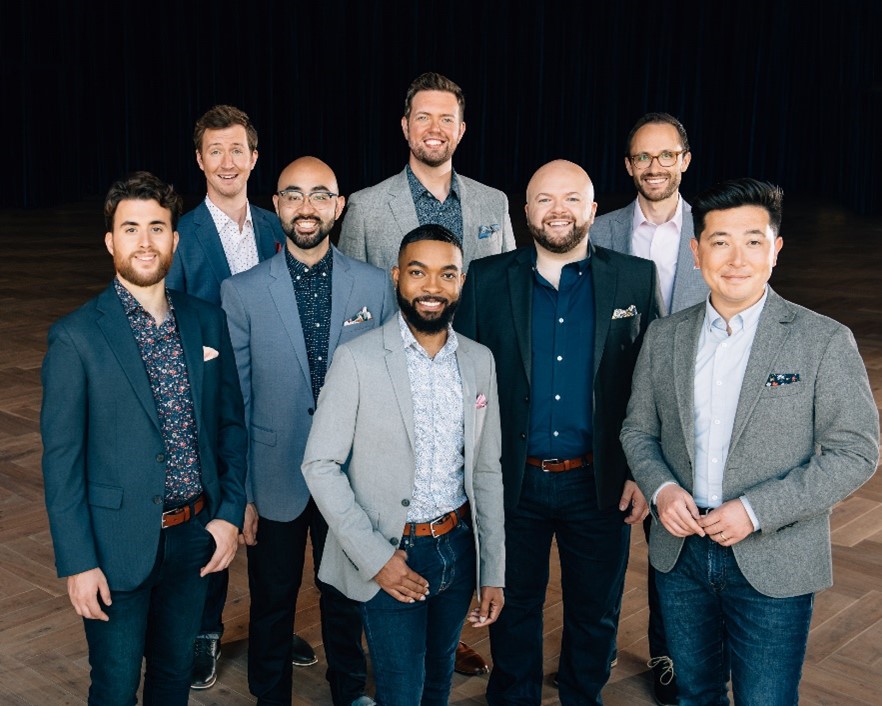 The Lincoln Memorial University (LMU) Paul V. Hamilton School of Arts, Humanities and Social Sciences will host the acclaimed vocal ensemble “Cantus” on Nov. 10 at 7:30 p.m. in the Sam and Sue Mars Performing Arts Center at Duke Hall of Citizenship. The performance is free to anyone who wishes to attend.

As part of its 2021-22 tour, Cantus will present “My Journey Yours” at LMU, a program exploring the courage of those who leave their homes in search of a brighter future, whether by choice, by force, or by necessity – and how they adapt to their new homeland. This program honors the struggle, courage, and deep humanity of migration with music from around the world, as well as a newly commissioned piece by Melissa Dunphy, one of today’s most compelling compositional voices.

Cantus is an eight-member male acapella vocal ensemble based in Minneapolis, Minnesota. This low-voice group is in its 27th season. Cantus is widely known for its trademark warmth and blend, innovative programming, and riveting performances of music ranging from the Renaissance to the 21st century. The Washington Post has hailed the Cantus sound as having both “exalting finesse” and “expressive power” and refers to the “spontaneous grace” of its music making. The Philadelphia Inquirer called the group nothing short of “exquisite.”

As one of the nation’s few full-time vocal ensembles, Cantus has come to prominence with its distinctive approach to creating music. Working without a conductor, the members of Cantus rehearse and perform as chamber musicians, each contributing to the entirety of the artistic process.

The ensemble has a vigorous schedule of national and international touring, performing in such acclaimed venues as Lincoln Center, Kennedy Center, and Atlanta’s Spivey Hall. During the coronavirus pandemic, Cantus stayed true to its artistic vision and commitment to innovation. The ensemble produces seven all-new online programs that reached audiences spanning 50 states and seven countries. It garnered praise for how “the sheer quality of singing somehow melted the barriers of online communication,” according to an article in the Star Tribune. Cantus worked virtually with high schools and universities both locally and nationally.

Cantus strives to remain true to its mission – to preserve and deepen music education in the schools. Cantus works with more than 5,000 students each year in masterclass and workshop settings across the country. It also presents a Young and Emerging Composers’ Competition, to encourage the creation of new repertoire through cash prizes, a performance, recording, and publication of winning compositions.