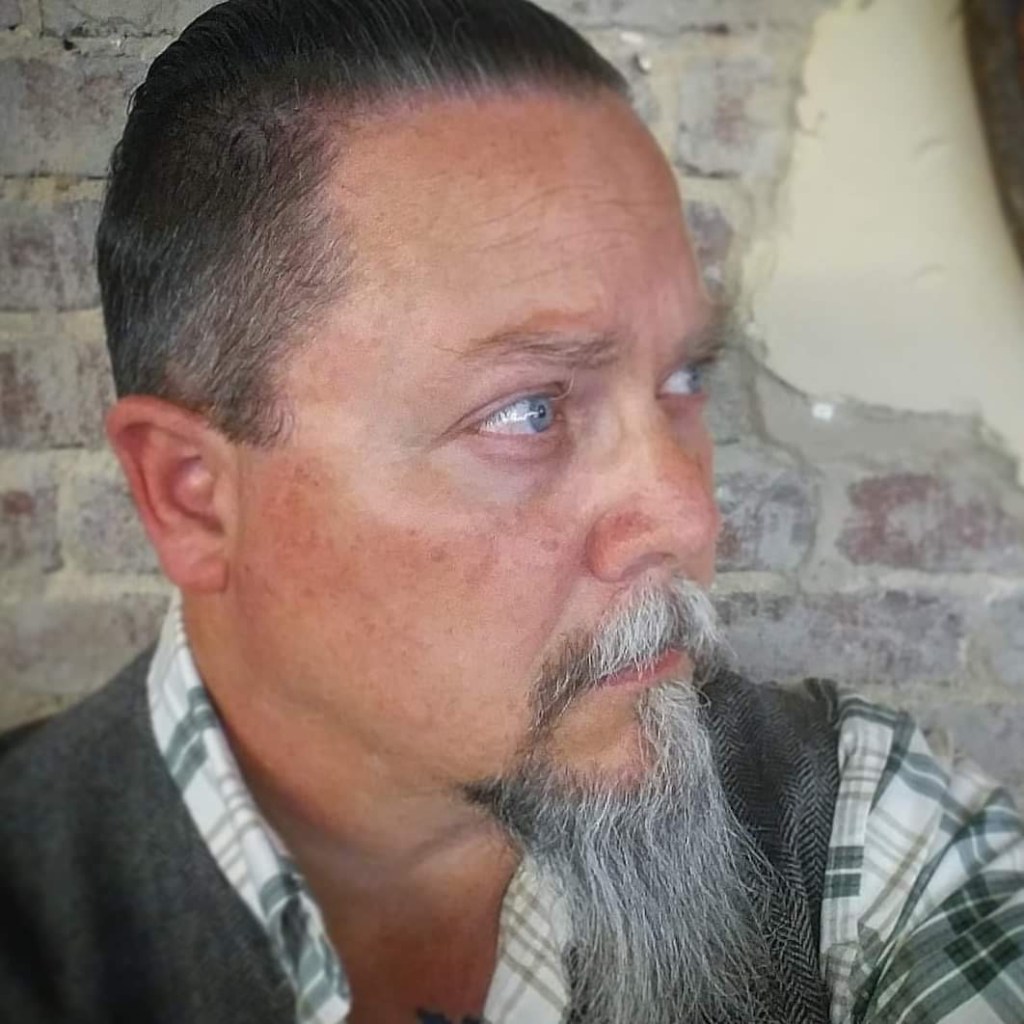 Lincoln Memorial University (LMU) alumnus Larry Thacker, Jr. is appearing this month in the Netflix reality show “Swap Shop.” The show premiered on Nov. 9 and is scheduled for more airings.

Thacker is a Middlesboro, KY native who earned three degrees from LMU, graduating in 1991 with a Bachelor of Arts degree in History.

While an undergraduate, Thacker was very active in campus life, with stints as president and vice-president of the Student Government Association. He participated in choir and theater productions, and was a member of Gamma Lambda Sigma fraternity.

He was also a recipient of the Algernon Sydney Sullivan Award. Thacker later earned a Master of Education degree and an Educational Specialist degree. He also holds a Master of Fine Arts from West Virginia Wesleyan College in creative writing with an emphasis on poetry and fiction.

“Swap Shop” is based on the program “World Famous Swap Shop,” a regular show on WRGS radio located in Rogersville. The Netflix description of the show states, “When the ‘Swap Shop’ Radio Show shares the scoop on sweet deals, collectors of cars, comics, creepy clown statues and more listen with ears wide open.” The trailer for the show is available online at https://www.youtube.com/watch?v=cKRKXB4e0OU.

Although he has worn many hats, Thacker’s love of history and lifelong learning led him in the direction of reselling antique and vintage items. His full-time job is writing. He has written or co-written 10 books– consisting mainly of poetry and short stories. In addition to writing, he paints, is an adjunct faculty member at a community college, and he buys, or “picks,” and sells unique items – which resulted in his appearance on the program.

Several years ago, he moved to Johnson City where his wife Karin lived. He said he had always wondered if there would be a market for the oddities he enjoyed collecting. Thacker added that he has one of the largest retail collections of creepy clowns in the region.

He eventually ended up at West Main Antiques in downtown Johnson City as a vendor and now manages the store. The owner, Victoria Cooley, is his “picking” partner on the show. The Netflix show spotlights several duos who are regular listeners to the radio show.

“It (the show) is funny, fast-moving, educational, and we have some friendly competition with the others who listen to ‘Swap Shop,’” said Thacker, adding that the show is an East Tennessee show with “genuine” personalities.

In addition to Thacker, a Claiborne County couple appears regularly on the show. Doug and Jennifer Seals own Pickers Paradise, a popular store located at 1316 N. Broad St., Tazewell.

Two more LMU alumni also played a part in the filming of “Swap Shop.” Mitchell (’84) and Mike (’89) Cosby, are brothers who have a long family history in Claiborne County, especially the Forge Ridge community. Their small antique, collectible, and community memorabilia shop, Cosby General Store, is located at 895 Poplar Grove Rd., Harrogate. Their shop isn’t open for “regular” business hours – just occasionally. But, the store is a popular gathering place for the community. People often sit around and play music there as well.

“We’re friends with Doug and Jen, and they wanted to come up and visit during taping for the show,” said Mitchell Cosby, adding that they “traded around” a little and were taped playing bluegrass as well. Another Cosby generation, Mitchell’s son Chase, was also on hand playing music.

Although the participants don’t know how big (or small) their part will be in the program, Thacker and the Cosbys enjoyed the experience.

Thacker said he feels “lucky, blessed, and stunned” to be chosen for the program. As for advice he says he would tell the LMU undergraduate student Larry.

“Don’t take yourself so seriously. You don’t know everything you think you know. Be resourceful, but be true to yourself.”