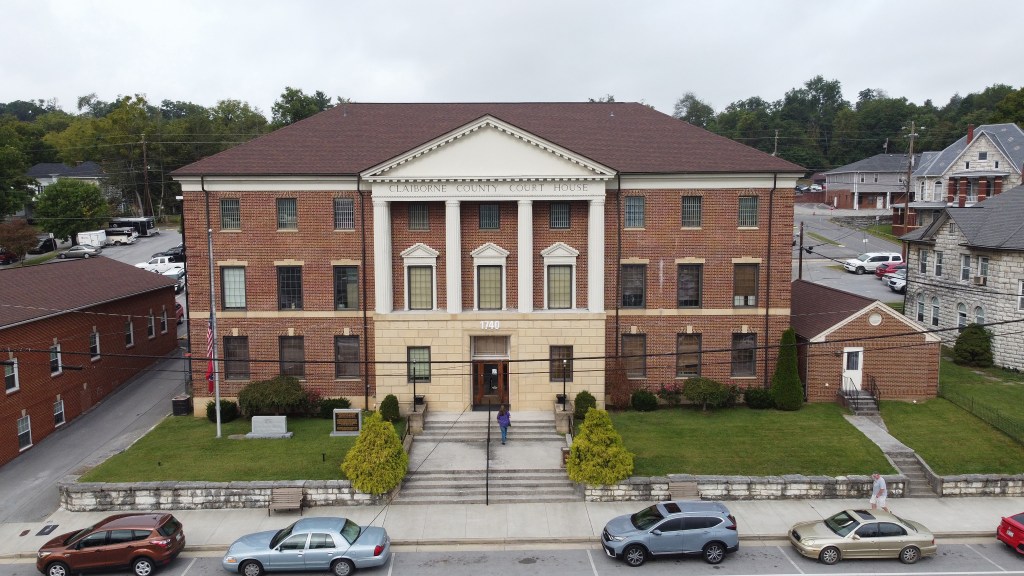 Claiborne County’s nine districts will remain essentially the same with no changes to their respective borders, according to Claiborne Commissioner Mitchell Cosby. The outcome of the Redistricting Committee meeting netted the particulars that went into the resolution adopted during the latest Claiborne Commission meeting.

Cosby said there had been very little increase to the population, with just 84 more individuals now living inside the county since the last census. The numbers moved from 31,959 to 32,043 with the 1st and 2nd districts seeing an increase in their individual population count.

The isolated 9th district, which takes in the Clairfield community, “is not in proportion but very little can be done about it,” he said.

The commissioners took a bit of time to discuss the pros and cons of creating a letter system that would have designated individual seats in each district. All but the 5th and 9th districts would have been affected by this change.

The commissioners ultimately decided to amend the resolution by deleting the so-called A,B,C system. Leaving in this system could have potentially given an unfair advantage to incumbents over those hopefuls running for a seat.

Commissioner Sherry McCreary said the letter system was included in the sample resolution given during the committee meeting as a suggestion only and that the county did not have to include it in the final plan.

Commissioner Shawn Peters said it was worrisome that so many people are unaware that they can vote for three candidates when making their choice in a three-seat district.

After a bit more discussion, the commission voted unanimously in favor of the amended resolution, adopting the new districting plan.

In other action, the county has hired the individuals who will oversee the Senior Citizens Offices. Tammy Austin is the new Director for the Office on Aging. Austin comes to the post with four years as an assistant under the previous director. The four years prior to this, she was over the Tazewell Senior Center. Austin comes to the directorship newly certified.

Betty Edwards will be slipping into Austin’s shoes as the Tazewell Senior Coordinator. Stella Beth Nelson is the new Coordinator for the Harrogate Center.

Commissioner Juanita Honeycutt introduced the women during the meeting, saying the county is fortunate to have found these three to oversee their respective offices.

The commissioners unanimously approved Matt Seals, who is the Deputy Chief of the Springdale Fire Department, to a four-year term on the Claiborne E911 Board.

The nonprofit Change Claiborne was granted a renewal of its three-year lease of the second floor of the building located directly across from the Claiborne Courthouse.

Prior to adjourning, the commissioners spent a good deal of time discussing an ongoing problem with last-minute agenda items. The county has an active resolution in place that forbids the practice of adding items to the agenda for vote that same evening.

Commissioner Carolyn Brooks lodged a complaint about the issue. Commissioner Shawn Peters agreed that the practice needs to be stopped unless something of a time-sensitive nature is introduced too late to make the monthly information packets.

Brooks asked if any of her fellow commissioners had a solution to the problem. “There has to be a better solution than what we’re doing,” said Brooks.

County attorney James Estep III reminded the commission that the information packets need to be in the hands of the commissioners no later than ten days prior to each monthly meeting.

The board comes in and it has only three minutes to review the last-minute items before the body votes on them, he said.

“My concern is, there’s going to be something that comes through here, thrown out one day that is not just housecleaning and mistakes are going to be made,” said Shuford.

He said the commissioners, as one body, need to determine that any particular item not deemed time-sensitive will be pushed forward to the next monthly meeting.

Commissioner Kim Large said she would like to hear input from the county clerk and the county finance director. Large reminded the commission that these two women are responsible for getting everything processed in time, into the packets each month and sent to each of the 21 commissioners.

Commission chair Mike Campbell said he had been a county commissioner for 23 years and had yet to see the agenda stand, as is, without last-minute additions. He said the practice had continued even though the resolution forbidding last-minute additions was adopted by this very body.

Raised as a discussion only topic, the commission did agreed to work together to remedy the situation.

It was agreed that all item submissions need to be in by noon of the Wednesday prior to the Friday that the information packets are normally released.