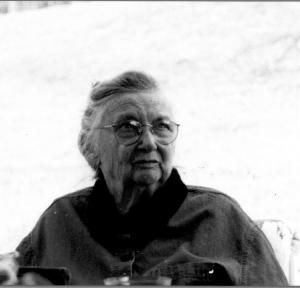 Betty L. Butler, age 91, of New Tazewell, Tennessee gained her Heavenly wings on Thursday, December 23, 2021. Betty was born January 24, 1930. She was a lifelong member of Thompson’s Chapel United Methodist Church. Betty was also a member of the Thompson’s Chapel Homemakers Club and a very active leader in 4-H and Girl Scouts. Even though she did not have any children of her own Betty helped raise numerous children and she was known to all of them as Aunt Betty.
Betty was preceded in death by her parents J.A.G. and Flossie Mountain Butler; brothers and sister-in-laws Lon and Pansey Butler, James Robert ‘Dit’ and Lou Butler, Bill and Dante Butler, Gilbert and Mary Butler; sister and brother-in-law Addelene and Edward Burke; niece she shared a home with Shelby Weaver; great-nephew she helped raise Rick Weaver; as well as numerous other nieces and nephews.
She is survived by her nephew Bud and Emily Butler. Niece Betty Jo Shoffner. Great niece Diane and Michael Taylor. Great great nieces and nephews Jonathan Weaver and Lauren (Aiden and Avery), Kacey Morris (Kalyn), Nickie Weaver (Audrey, Alyson, and Aerith), Mckenzi, Travis, and Allie Taylor. As well as a host of other family and friends.

The family received friends Tuesday, December 28th from 11 AM until 12 PM at Thompson’s Chapel United Methodist Church. The funeral service was at 12 PM in Thompson’s Chapel. A graveside service followed in Old Irish Cemetery.