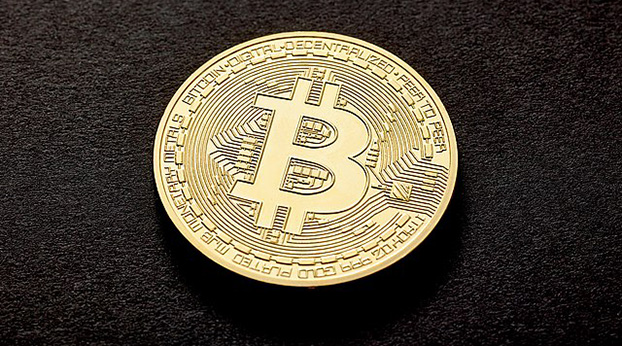 The Claiborne County Planning Commission has been alerted to the seemingly low-profile startup of a cryptocurrency mining facility located on several acres of pastureland near the southern tip of the county.

According to county planner Whitt Shuford, whoever owns or is operating the facility is in violation for not coming before the County Planners prior to obtaining the land and erecting the site. Shuford says he was made aware of the operation when he was asked by a resident to look into the matter. He placed the item on the agenda for discussion purposes only.

The issue will be discussed during the next Planning Commission meeting, slated for Feb. 1.

A neighbor, who wished to remain anonymous, says he first noticed excavation being done on the land. He then saw what appeared to be metal huts being installed at the site.

He says he became intrigued when he watched a swath of power poles being erected by linemen from Powell Valley Electric Cooperative. He decided to investigate, saying he was told that the site was being prepared to house a cryptocurrency mining operation.

The neighbor admitted he knew little about crypto mining but became alarmed when he decided to research the matter. Among the chief worries, he said, is the exorbitant use of local electricity, Internet services and the tremendous noise factor associated with the use of high industrial cooling fans to keep a battery of computer systems running smoothly.

A similar operation came under scrutiny by nearby Jonesborough officials when several neighbors complained of the noise. During a Washington County Commission meeting, a neighbor described how the “incessant hum” of the cooling fans would drown out the peaceful sounds coming from the Nolichucky River that runs nearby his rural home. This, despite the fact that the bitcoin site is located more than a mile away.

Washington County has brought suit against Crimson Canine Applied Science, those who are operating the Limestone-based facility on land leased from BrightRidge. The full trial has been set for March 14-16.

Digiconomist, a cryptocurrency tracking site, estimates that bitcoin mining sucks up about 3.4 GW of power (or 30 terawatt hours) per year (2017 estimates) with expectations that the power usage will only increase.

Cheap electricity seems to be the magnet for these kinds of mining operations. Plattsburgh, N.Y. is one town that’s seen its fair share of bitcoin miners due to its low electrical costs. Some 10 percent of Plattsburgh’s power supply is being eaten up by bitcoin miners forcing the city to purchase additional electricity “on the open market” at a cost of some 100 times higher than its base cost.

A New York Times report states that a manufacturing facility that currently draws about 10 percent of Plattsburgh’s electricity employs nearly 200 workers while the bitcoin mine employs no one except a few security guards.

As a result, town offices, community schools, the local hospital and all other community businesses are now paying significantly more for electric, according to the report.

A fair number of these cryptocurrency mining operations slither into a rural town without registering or otherwise letting town or county officials know their plans and proceed to hack into local computers.

Many of these operations have come under cybercriminal investigation as its increasing popularity has brought about more instances of malware that infects systems and devices.

The Harvard supercomputer cluster Odyssey and the National Science Foundation supercomputers were used in similar illicit mining operations. In 2017, one of the U.S. Federal Reserve servers was misused to mine bitcoins.

These types of malware use the same malware-toting spam emails and downloads from malicious URLs to junkware and potentially unwanted applications. Vulnerability in the Yahoo! Java-based advertisement network was compromised in January of 2014 exposing European end users to malvertisements that delivered bitcoin mining malware.

No computer or device is immune to an attack. Windows has experienced the most bitcoin mining activities. However, Macintosh OS systems, including iOS (iPhone 4 to iPhone 7) devices, home routers, environment monitoring devices used in data centers, Android run smart TVs, mobile devices and IP cameras, print servers and gaming consoles have fallen victim to the malware.

Cryptocurrency is described as an encrypted data string denoting a unit of currency. The data is monitored and organized by a peer-to-peer network also known as a blockchain which serves as a secure ledger of transactions for buying, selling and transferring.

Cryptocurrencies are not issued by governments or other financial institutions and are created through cryptographic algorithms maintained and confirmed in a process called mining.