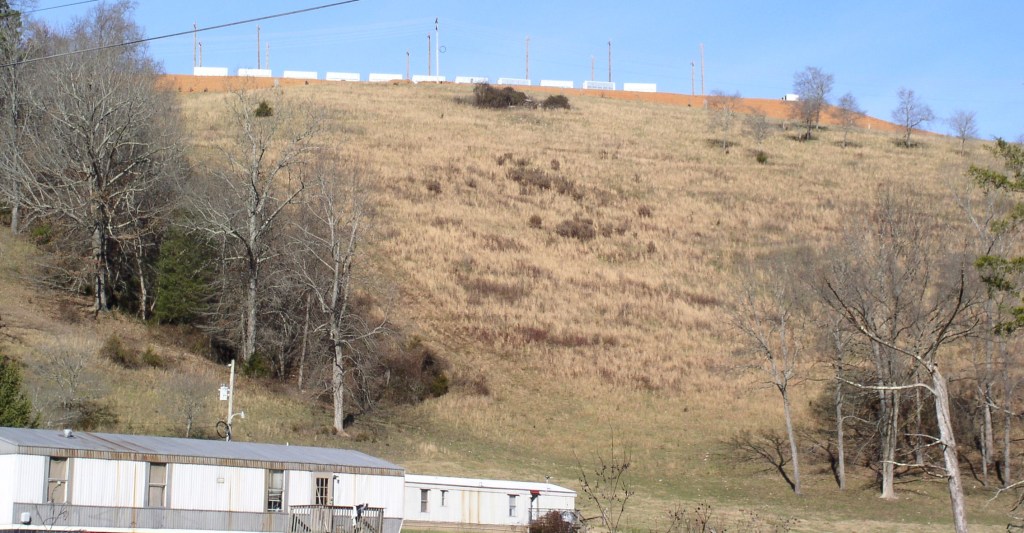 Shown is the proximity of the PrimeBlock run cryptocurrency mining operation to some manufactured homes situated nearby the facility. Photo by Jan Runions

Roger Ball, Chairman of the Board of Directors of Powell Valley Electric Cooperative, sat down to discuss PVEC’s part in securing electric for the controversial cryptocurrency mining operation inside the county.

Ball says there were several precautions taken prior to signing on the dotted line of the $9 million per year contract between the Cooperative and PrimeBlock, who is running the operation.

Ball secured an official “okay” from the Tennessee Valley Authority (TVA) who supplies the electricity to some 164 systems in the region. TVA conducted a study resulting in two conclusions – the crypto mining operation should not affect the services or the costs of the other ratepayers in the county, meaning the operation should not cause a rate increase or add to any electrical brownouts or blackouts.

Ball says there are several of these types of operations already up and running within the TVA network.

Before considering a contract with the startup company, Ball visited a similar operation in nearby Maynardville. He says he took a walk around the facility to measure the noise factor, concluding that nothing could be heard past 500 ft. in circumference.

PrimeBlock agreed to foot the $640,000 startup electrical costs, which have already been secured by PVEC. Ball got an attorney who specializes in electrical contracts to ensure all contingencies were included in the document.

Specialists were called in to figure the electrical needs and concluded that PrimeBlock’s monthly electric bill for the estimated 20 Mega Watts of power would come to $750,000 per month.

Before agreeing to turn on the electric, Ball says he secured upfront the normal two-month deposit plus the estimated first monthly bill, totaling $2.25 million.

The contract calls for monthly payments of $750,000 in advance. If PrimeBlock is more than 10 days late, they will be cut off, he said.

“My number one concern all these years has been providing reliable electric to our customer owners at reasonable rates. The money we get from the crypto mining operation will help in postponing any future rate increases by paying for things like tree trimming along our poles and other maintenance costs,” said Ball.

Certification from the state electrical inspector was granted the operation before Ball agreed to sign the contract.

The pastureland on which the cryptocurrency mining operation sits is leased from property owner Wayne Beeler, who lives nearby the facility. PrimeBlock approached PVEC early last fall about electrifying its operation.

At the time of the interview, Ball estimated the operation should be up and running within the next 10 days.