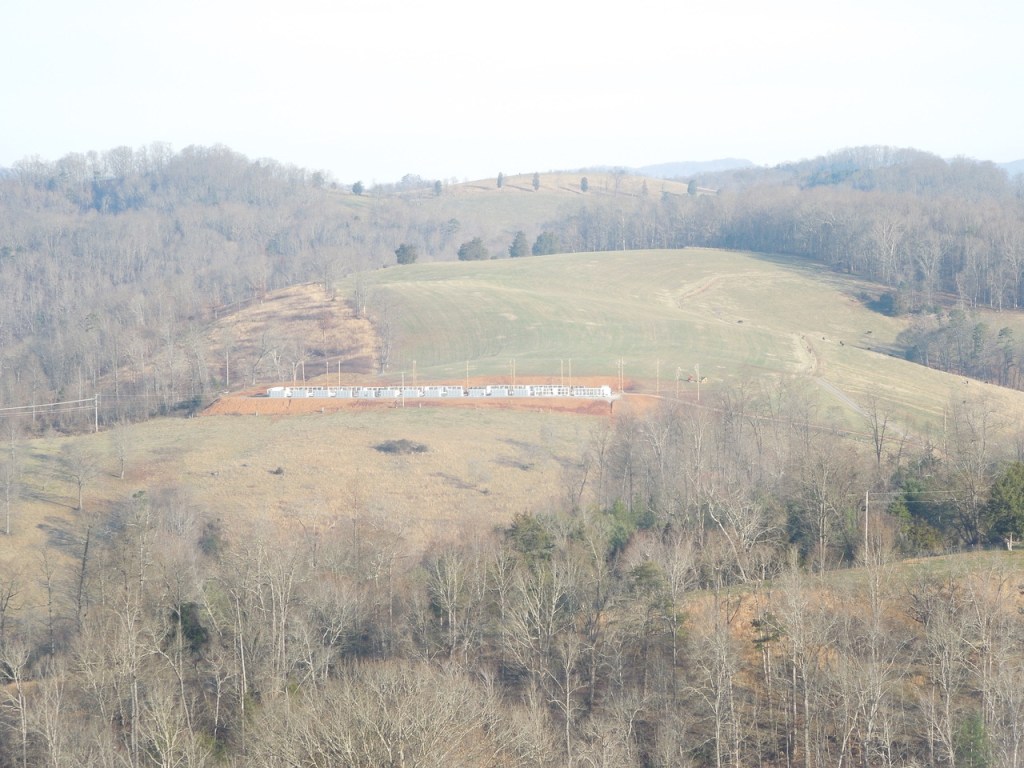 PrimeBlock, a cryptocurrency mining operation inside the county, was in violation of TDEC construction permit requirements.

The Tennessee Department of Environment & Conservation (TDEC) issued notice of violation to PrimeBlock, the cryptocurrency mining operation about to go online in the southern tip of Claiborne County.

According to TDEC, the operation failed to obtain the proper TN Construction General Permit on the frontend of the project. There was reportedly no environmental impact study done prior to excavation of the site. No proper road or silt fence was constructed.

TDEC has required that PrimeBlock install pollution prevention and sediment control measures. The measure has since been completed.

In order for TDEC to cover the company, PrimeBlock must submit a Notice of Intent within 15 days of notice or be in violation.

The matter, discussed at length during the Claiborne Commission meeting, netted a few differences in opinion. County attorney James Estep III assured the commissioners that PrimeBlock did not need to apply for a county permit.

“In my opinion, there’s no need for a building permit under the Planning Commission guidelines,” said Estep.

However, county mayor Joe Brooks said during the meeting that he felt the company should have applied for one under the latest county subdivision revisions. He said that PrimeBlock would qualify as a minor subdivision, which measures less than five acres. Leasing the tract of land to PrimeBlock effectively changed the category of the property from greenbelt to commercial status, he said.

Brooks was referring to the Agricultural, Forest & Open Space Land Act of 1976 which allows certain land to be taxed on its present use instead of market value. In order to qualify, the land must meet certain criteria such as land type, size minimums, use and income produced from, for instance, farming.

Estep said the change will be reflected on the next tax bill issued to the landowner. The rollback tax, he said, will cover the last three years for that tract of land.

“He will have to pay the taxes that the land would have brought if it had not been part of the greenbelt,” said Estep.

Brooks said the county missed an opportunity to allow the public advance notice of the proposed changes to the greenbelt designation. He said he feels the county should have required a permit and that PrimeBlock should have gone before the Planning Commission prior to construction. The company is reportedly listed as an LLC business.

Brooks reminded the commissioners that the site would forever after be considered commercial unless it is “ripped out.”

“Once we know that it’s an open and fair market in Claiborne County for these folks to come in, then it’s going to be time that we’re going to have to realize ‘do we want to look at something that gives the county the ability to regulate and have a say in what kind of industry is coming to Claiborne County?’ And, I think we’re there,” said Brooks.

Brad Coppock, general manager of Powell Valley Electric Cooperative, addressed the commissioners during the meeting. Coppock, who heads up the engineering team, said he found no issues with the electrical grid, determining that the substation would have no problem handling the extra 20 Mega Watt load. He said there should be no voltage fluctuations.

Coppock said an advance feature was added to the meter that would record any disturbances on the power line, giving PVEC advance notice of a problem saving time in fixing the problem.

As for any rate increases, Coppock said PVEC purchases all its power from the Tennessee Valley Authority and that TVA sets its rates – not PVEC.

Rock Harbor Subdivision resident Jason Laws, who is arguably the most affected by PrimeBlock’s operation, spoke during the meeting. Among the many issues he raised was his concern that the U.S. will be forced into the same situation as other countries with these types of operations. Laws says he researched the issue and found that just last summer, China, Egypt and a string of third-world countries banded together to shut down crypto mining operations in their respective countries. Laws said it was reportedly due to the overwhelming use of energy, the impact to the environment and the breeding of criminal and illegal activities that allegedly come from these types of operations.

He said he felt that PVEC had done its due diligence. However, the studies affect only the electrical company and not the county as a whole.

These types of operations, he said, do not provide jobs but they do impact the infrastructure and the quality of life.

He questioned why the top-tier in fiber optic Internet connections was so readily available for PrimeBlock while he and his neighbors are still waiting to be hooked to the service, having to rely on Verizon Wireless hotspots or CenturyLink phone service.

He asked whether South Claiborne Volunteer Fire Department, the closest station to the area, has the proper equipment to fight the type of electrical fire these operations are known to experience.

“This facility is simply an eyesore. This type of facility should be in an area designated for industrial use,” said Laws, adding that he was all for bringing revenue to the county via new business and industry.

Coppock did say that PVEC has been committed since 2018 to bringing fiber optic Internet services to every member owner who wants it. He said installing the underground service is very expensive and that it will be run first wherever it creates the biggest bang for the buck.

The Cooperative is in the process of applying for some $30 million in American Rescue Act grant funds that will go to laying fiber optic lines to 13 subdivisions including Rock Harbor. With a March application deadline, the awards will be announced in June, he said.