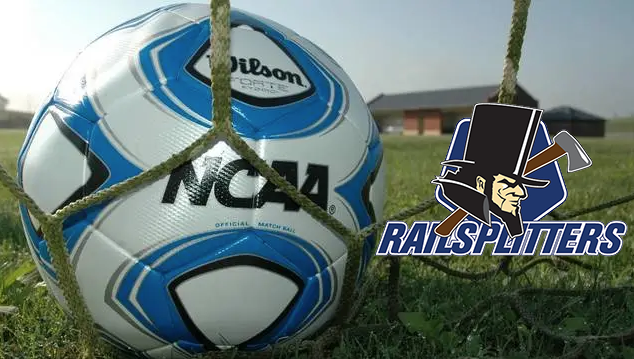 Lincoln Memorial University and the school’s Board of Trustees have selected Dale Parker as the men’s soccer program’s seventh head coach, announced the LMU Department of Intercollegiate Athletics on Thursday afternoon. Parker comes to the Tri-State area after serving the previous three seasons at Lander University.

“Dale Parker is considered to be one of the great, young, up and coming soccer coaches in the nation,” said Director of Athletics Don Grigsby. “The fact that he chose LMU is a testament to our vision, the support of the Railsplitter Family, and the leadership of our university.”

During Parker’s time at Lander, he helped the Bearcats to success in three years as the lead assistant. Under his guidance, he helped coached 10 Lander athletes to Peach Belt All-Conference honors including two PBC Freshman of the year and one PBC Player of the Year honor. In addition to those awards, Parker helped Tom Marriott to a United Soccer Coaches First Team All-America honor, the first first-team honor in Lander program history.

“I’m honored and excited for the opportunity to lead the men’s soccer program here at Lincoln Memorial University,” said new head coach Dale Parker. “I’d like to thank President Dr. Clayton Hess, Vice President Dr. Jody Goins, and our Director of Athletics Don Grigsby for putting their trust in me to guide this storied program back to challenging for championships and striving for excellence both on and off the field.”

“We wanted more than a coach, we wanted someone to lead our young men,” added Grigsby. “Dale is a proven leader.  He’s played for a national championship.  He was a team captain.  He knows what it takes to win. More importantly, Dale will help us build a culture that is centered around making an impact on our players: as people, as students, and on the field. Our time in Men’s Soccer is now!”

In addition to his role at Lander, Parker is also the head coach of the Appalachian Football Club in the National Premier Soccer League. In their inaugural season, he led the program to a third-place finish and 4-3-4 record in the NPSL Southeast Conference, making it to the conference semi-finals in year one.

Prior to arriving in Greenwood, Parker served as the Director of Coaching for Virginia Soccer Association and as a head coach for the Virginia Development Academy Program. He also worked as the Director of Coaching for Chesterfield United FC and as head coach for the club’s women’s pre-WPSL team. He has coached numerous athletes to go on to play at the international level including Griffin Yow who spent time with the U.S. U20 National Team.

A two-time All-American and three-year captain at Lees-McRae, Parker helped the Bobcats capture three regular-season titles and advance to the quarterfinals of the NCAA Tournament in 2007, the last 16 in 2008, and the national championship game in 2009. Parker, who was a college teammate of Lander head coach Lee Squires, played 80 matches at Lees-McRae, including a stretch of 72 consecutive starts.  He and Squires led the Bobcats to an appearance in the national championship match in 2009.

Parker currently holds a License from the United States Soccer Federation, which is the highest level of coaching license one can receive in the U.S. The Worksop, England native also holds qualifications from the World Football Academy and The Football Association (England).