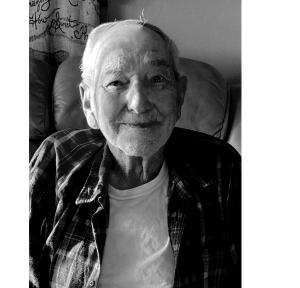 Isaac James (I.J.) Meyers of New Tazewell, TN, was born July 24, 1932. The Lord came and peacefully took him home Sunday morning, February 13, 2022. I.J. loved the Lord and was an ordained minister, ordained by MCM Baptist Church. He pastored a total of over 30 years at Carrs Branch, Seals Chapel, Cedar Springs, and lastly Sugar Grove Church. He was a member of Lily Grove Church in his recent years.

He loved his family and enjoyed spending time with them. For the last two years, he lived with his daughter and son-in-law. His grandchildren and great grandchildren were the joy of his life. He was a life long farmer and up until the past two years, enjoyed farming and raising cattle. He enjoyed going to watch his grandsons play ball, fishing in his earlier years, deer and turkey hunting. Above all, he put God and church first.

He was preceded in death by his loving wife of 65 years, Jean Keck Meyers; infant son, Johnny Lee; parents, Park and Cornie Meyers; brother and wife Buster and Velma Meyers and several sister and brother-in-laws.

Special thanks to his caregiver and friend, Wanda Cinniamon Garland, and all those who prayed, visited and sent food through his sickness.

The family will receive friends Wednesday, February 16th from 5:00-8:00 PM. Funeral service will be Thursday February 17th at 11:00 AM at Coffey Funeral Home Chapel with burial in the Fairview Cemetery.