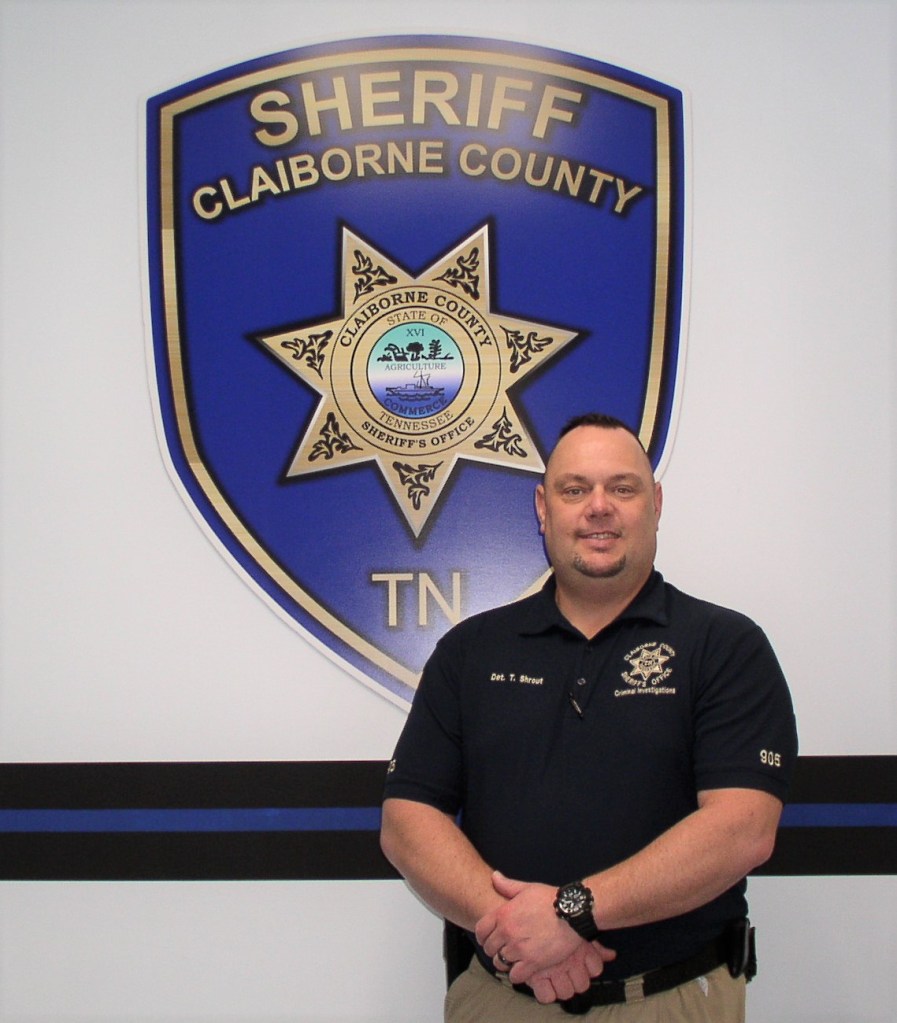 Just eight short days in, Tim Shrout sat down to talk about his plans as the new Claiborne County Jail Administrator. The proverbial phrase “hit the floor running” just might have been created for the energetic go-getter.

Shrout, who has some 16 years of law enforcement experience under his gun belt, says his number one priority is safety for everyone connected with the jail – his team and the inmates alike.

A certified negotiator, former investigator, patrolman and corrections officer, Shrout says he wants to create a jail environment that will defuse stress levels. One way, he says, is by getting to know each prisoner on a personal level.

“I’ve already spoken to the inmates. You’ve got to be fair and understand them as a person and understand their character and what kind of life they’ve lived – to be able to understand what struggles they’re dealing with and try to help them with their struggles. Just the opportunity to speak to someone may change their whole outlook on life.

“I want to do anything we can to help rehabilitate people because that’s very important to keep them from making mistakes and coming back inside.”

Shrout says he has informed the inmate population of some changes coming – in particular the destruction of jail property and supplies like bedding and mats.

“They will be held monetarily responsible. That’s a waste of money. I told them ‘this is your stuff. You have to live here. You’re being housed here. Treat it like your own property in your own home.’ They need to be held accountable.”

Shrout spoke of a regulation that allows inmates to be charged with crimes committed while housed inside the jail.

“They can receive a warrant back there the same as on the road. You’re going to have the same charges. If you get into a fight or caught with something illegal, you will get charged. I think they have to have accountability. I think once they see that, you’ll see a drastic drop in incidents.”

There is a jail check system in place in which barcodes are placed outside each cell.

“Corrections officers do hourly checks. They scan the barcodes and it goes into the system and that lets us know the times that each cell has been checked. That gives them opportunities to physically walk by and check in on each inmate to make sure they’re okay. It’s kind of a self-maintained tracking system.”

Those inmates who have been ‘behaving’ have the option to use the Chirp System, which is a texting app.

“They can utilize that to stay in contact with their families. It’s been helpful to relieve some of the stress on the inmates. It’s costly to them but I think it’s a great tool,” said Shrout.

The jail has purchased a new piece of equipment that should prove invaluable in reducing contraband.

“We have an x-ray machine now. I’m learning the details on that. It’s a very significant piece of equipment because when someone is booked in, they’re run through that first,” said Shrout.

Training is high on the priority list as well. Shrout says credited individuals on the jail team will be undergoing training in how to properly conduct themselves while handling the inmates.

He says that, as a deterrent, he wants to set up a SWAT type program inside the jail.

“You would have a team within the jail where, if things were to get in a bad way real fast, you could activate them. And, they would be able to bring peace to the cells,” said Shrout, who is quite familiar with SWAT, having worked it for years.

“The biggest tool for me is monitoring – recognizing and addressing a possible situation before it gets to that point.

“I have big plans. I had to step back and say ‘you know what? It’s a day at a time,” said Shrout. “I look forward to working with the employees. There’s a wealth of knowledge back there. It’s been 15 years since I’ve been in corrections. But, what I think will help me tremendously is the knowledge I’ve gotten from being on the road as a patrolman and my time in investigations. A lot of the training I’ve had I think will be useful in my endeavor.”