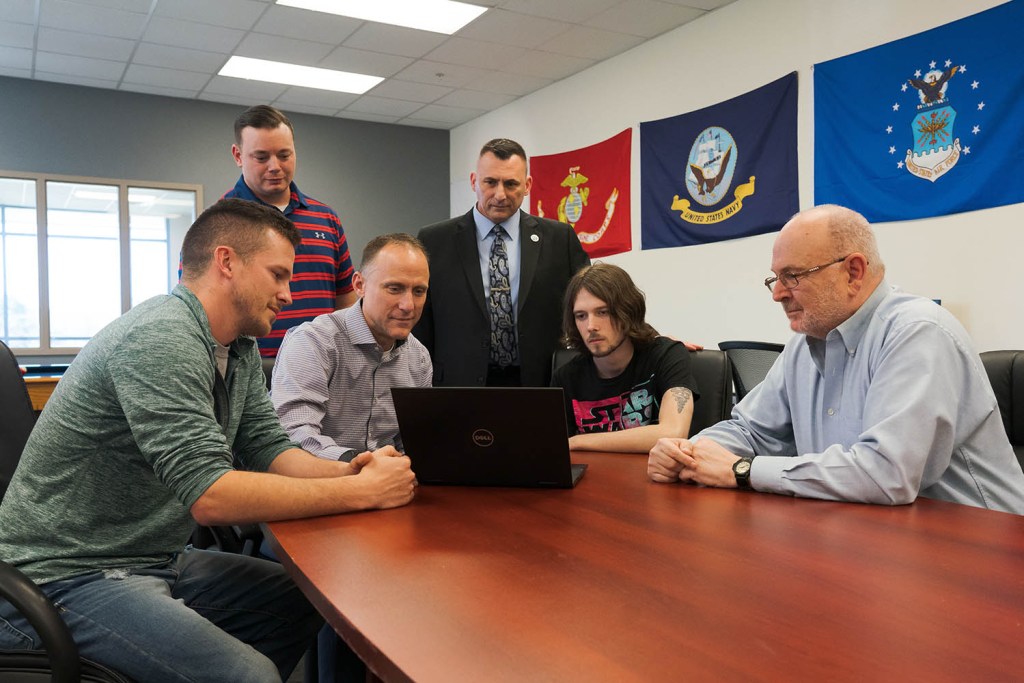 Walters State Community College is a silver level Military Friendly College for 2022-23. Discussing education options for veterans are standing, Jason Wilder, coordinator of Veterans Services at the college, and Tim Forte, regional director for the Tennessee Department of Veterans Services; with Gary Brewer, exercise science major and Tennessee National Guard member; Dr. Tony Miksa, president of the college; Elias Bond, a physical therapist assistant major and Army veteran; and Melvin Kast, a general studies major and a veteran of both the Army and the Air Force. photo submitted

Walters State Community College has again earned the 2022-23 Military Friendly School Designation. This year, the college moved up to a silver ranking.

“We are committed to the success of our students who have served their country or are serving now,” said Dr. Tony Miksa, president of the college. “I am very proud that we moved from a bronze designation to a silver designation, which puts us in the top 30 percent of colleges in our category. We are constantly looking for new ways to serve veterans.”

The college recently opened a new veterans center, offering a game room and private study space, on the Morristown Campus. The process of applying for educational benefits has also been streamlined and the Walters State Foundation now offers scholarships dedicated to veterans.

Institutions earning the Military Friendly School designation were evaluated using both public data sources and responses from a proprietary survey. Institutions named to a silver status are ranked within 30 percent of the survey’s top 10 colleges and universities.

The 2021-2022 Military Friendly® Schools list will be published in the May issue of G.I. Jobs magazine and can be found at www.militaryfriendly.com.

For information on using educational benefits or enrolling at Walters State as a veteran, contact Jason Wilder, coordinator of Veterans Services, at Jason.Wilder@ws.edu or call 423-585-6896.