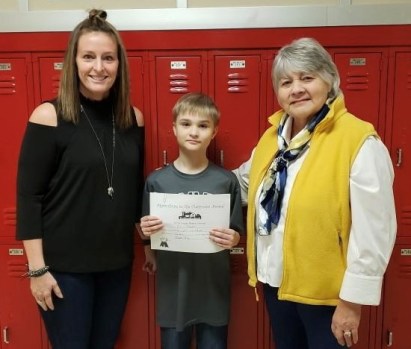 Two very “wordy” students put pen to paper, earning for themselves first and second place in the countywide 5th grade Farm Bureau Essay Contest. Shown is H.Y. Livesay Middle School students Eli Sweet and Allie Owens, with their teacher Tabitha Miles (standing to the left in both photos) and Cecile Cadle (standing to the right), who is with Farm Bureau Women’s Organization. 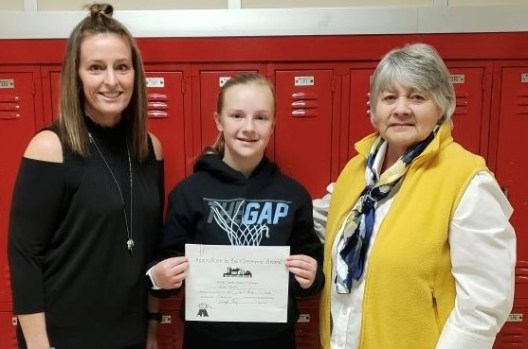 Since the dawn of the written word, humankind has relied on stringing letters together to preserve what the mind is thinking. Words, sentences, paragraphs come together in a solid structure to form ideas.

Each year, the Claiborne County Farm Bureau continues the great tradition with its Essay Contest. Two fifth graders handily won the 2022 countywide installment by putting pen to paper to express their individual thoughts on “What is Agriculture?”

Eli Sweet and Allie Owens, who are both H.Y. Livesay Middle School students, earned first and second place, increasing the sizes of their piggybanks by a total $100 and $60, respectively.

Open to all fifth graders within the county, the initial round involved choosing a first and second place winner from each participating school. The first place winners then went on to compete in the countywide contest.

Students placing first and second in each school won $50 and $25, respectively. Those winning the overall countywide contest, Sweet and Owens, received an additional $50 and $35 for their winning essays.

The two will move forward to compete at the statewide level where they will have the chance to win $300 for first and $200 for second places.

The county chapter of the Women’s Committee would like to express how much they appreciate the parents, teachers and students who made this year’s essay contest a successful one.