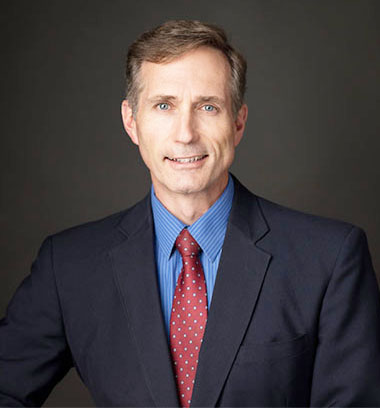 Renowned Civil War author and scholar Dr. Steven Woodworth will be the featured speaker at the 2022 Kincaid Lecture Series at the Abraham Lincoln Library and Museum (ALLM) on the Lincoln Memorial University (LMU) main campus. Woodworth will speak at 1 p.m. on March 17, 2022, in the Arnold Auditorium.

Woodworth will speak on “The Religious World of the Civil War Soldier” followed by a question-and-answer session. The series is supported by the Dr. Robert L. Kincaid Endowed Research Center and is free and open to the public.

Woodworth is the author, coauthor, or editor of 28 books on the Civil War era. These include “Jefferson Davis and His Generals: The Failure of Confederate Command in the West,” “Davis and Lee at War,” “The Chickamauga and Chattanooga Campaigns,” and “While God is Marching On: The Religious World of Civil War Soldiers.” He teaches history at Texas Christian University.

LMU is celebrating the 125th anniversary of LMU’s charter and founding this year. LMU was founded on Feb. 12, 1897 and there is a year of events planned in honor of its quasquicentennial. The theme, “Four Seasons to New Seasons,” highlights the University’s humble beginnings on the grounds of the then-defunct Four Seasons Hotel. In 1896, Reverend A.A. Myers, who was running the Harrow Academy, invited Civil War General Oliver Otis Howard to speak at the school’s graduation ceremony. During the visit, Myers shared his vision for an institution of higher education on the site of the Four Seasons. Howard recalled a conversation he had with President Abraham Lincoln during the Civil War, where Lincoln expressed a wish to repay the Appalachian people for their loyalty. Howard agreed to assist Myers by building a school that would serve as a living memorial to Lincoln while providing educational opportunities for underserved populations. LMU was founded on the anniversary of Lincoln’s birth in 1897, nestled in the Cumberland Gap at the site of the Four Seasons Hotel.

A full calendar of events can be found online. For more information on events at the ALLM, contact Natalie Sweet, program director, at Natalie.sweet@LMUnet.edu.

The Abraham Lincoln Library and Museum’s recent multimillion dollar renovation continues its excellence as an award-winning museum, which includes the Past President’s Award from the Tennessee Association of Museums in 2019 and multiple Awards of Excellence from 2019-2021. The museum is available for tours to the public, schools and special interest groups. Interested parties can reserve a tour by calling 423-869-6235.

Lincoln Memorial University is a values-based learning community dedicated to providing educational experiences in the liberal arts and professional studies. The main campus is in Harrogate, Tennessee. For more information about the undergraduate and graduate programs available at LMU, contact the Office of Admissions at 423-869-6280 or email at admissions@LMUnet.edu.