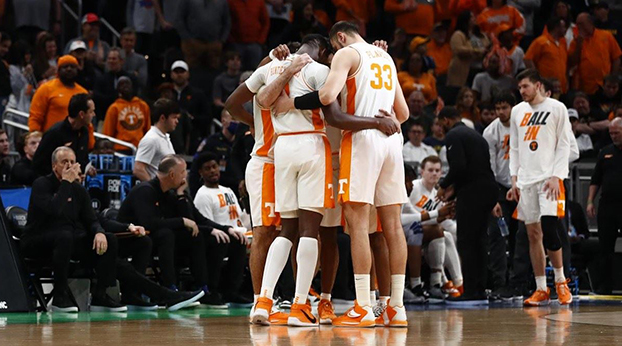 INDIANAPOLIS – Tennessee’s season came to a close Saturday, as the Vols dropped a back-and-forth affair to Michigan in the NCAA Tournament Round of 32, 76-68.

Tennessee finishes the 2021-22 season with a final record of 27-8—marking the fourth-most wins in a single season in program history.

After a tightly-contested second half, Tennessee took a 60-54 lead on a free throw from James at the 8:27 mark—the Vols’ largest lead of the game. However, the Wolverines responded with a 14-4 run down the stretch and took control of the game as it entered the final minutes.

With 1:32 remaining and Michigan leading 68-64 with possession of the ball, Tennessee forced a Wolverine turnover and got a driving layup from Santiago Vescovi that cut the lead to two points at 68-66.

On the ensuing possession, Michigan’s Eli Brooks converted a hook shot to push the Wolverines’ lead back to four points with 53 seconds left. Zakai Zeigler missed a 3-pointer on the other end for the Vols, and Michigan was able to close out the game by going 6-for-6 at the free-throw line in the final 36 seconds.

Over the last nine minutes of game time, the Vols made just four of their final 17 field-goal attempts.

In the first half, Michigan led for more than 15 minutes of game time, but Tennessee took a 37-32 lead into the halftime break, as the Vols closed the opening period on a 13-2 run.

The Wolverines raced out to a 10-2 lead in the opening three minutes of the game, but never extended the lead to more than eight points. The Vols gradually chipped away at the lead before controlling the final 4:35 of the first half with the 13-2 run—capped by a Plavsic and-one dunk with 39 seconds remaining.

Chandler scored nine points and dished out seven assists in the first half. Those seven assists led to 15 Tennessee points, making the second-team All-SEC selection responsible for 24 of Tennessee’s 37 first-half points.

Plavsic scored five points and had seven rebounds in the opening period.

For the second time in four years, Tennessee spent the entire season ranked in the AP Top 25, ascending as high as No. 5 in the postseason poll.

And for the first time since 1979, these Volunteers captured the SEC Tournament championship. 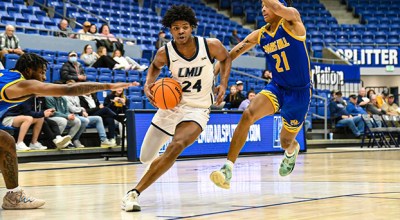 Railsplitters selected as No. 3 seed in NCAA Southeast…