Chief Honeycutt: ‘Andy Taylor of the Gap’ moves to LMU 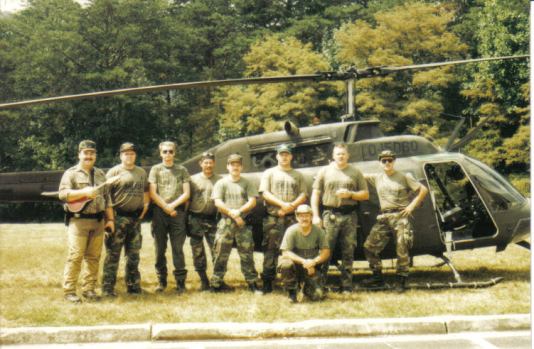 The ‘good ole’ days’ of what was fondly called the Pot Chopper Crew was captured in this photo. 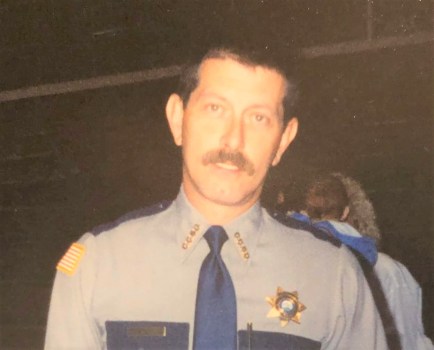 : Honeycutt is shown during his early years in law enforcement at the Claiborne County Sheriff’s Office. 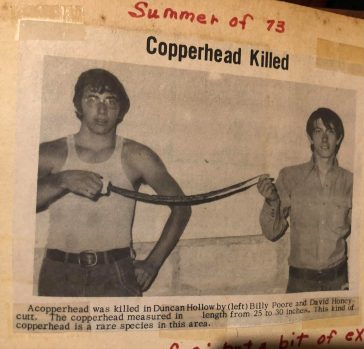 Honeycutt, right, and buddy Billy Poore are shown in the summer of 1973 holding a copperhead snake they killed in the Duncan Hollow community. Copperheads, which are rare in this part of the country, made the front page of the newspaper. 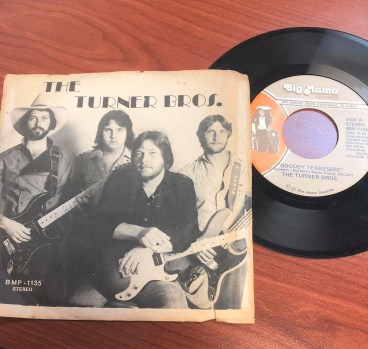 : David Honeycutt was a member of the Turner Brothers Band for many years. Shown is a rare 45 rpm vinyl disc recorded by the band during its heyday. On the disc sleeve are from the left: Honeycutt, Darrell Turner, Eddie Turner and Glenn Turner. 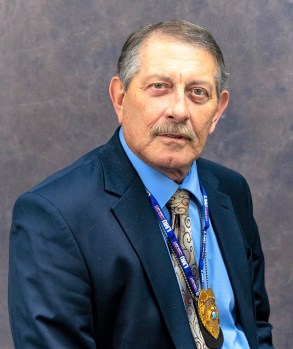 Veteran law enforcement officer David Honeycutt is not a one-trick pony. At one time, Honeycutt was fondly referred to as Sheriff Andy Taylor of the Cumberland Gap by the town folk who equated the police chief’s rural ways to the lead in the popular 1960s sitcom.

It is true that the new LMU police chief once used his laid back, down home ways to wrangle a few would-be mischief makers into a more positive direction.

“They got to calling me ‘Andy’ because of my habit of passing the time, making conversation on the front porches of the town residences,” said Honeycutt.

Those front-porch discussions went a long way toward deterring many from taking up a life of crime – or, at least, picking up a misdemeanor or two along the way.

Don’t be fooled, however, by the calm exterior. Honeycutt has what it takes to step up to the plate at any given moment. His vast knowledge and experience has garnered for him a solid reputation as a top-notch law enforcement officer.

A graduate of the Walters’ State Community College Police Academy, Honeycutt was employed at the Claiborne County Sheriff’s Office where he served as patrolman, narcotics and K9 officer. Moving up the ranks, Honeycutt was made detective, then chief detective and Captain before moving to his ‘Gap years.’

In 2006, the CCSO asked him to return in his dual roles as chief detective and Captain, where he remained until 2018.

Honeycutt has quite an impressive list of law enforcement achievements and has been recognized statewide for his vast experience in dealing with all manner of crime. That long list includes awards from the Bureau of Alcohol, Tobacco, Firearms & Explosives. He was also honored by his inclusion in the House of Heroes.

In 2001, Honeycutt was named Investigator of the Year.

“I’m very fortunate to have studied under these experts. I have learned a lot over the years and look forward to using my education and experience to successfully move LMU Police and Security forward,” said Honeycutt, who was stationed at the Union County Sheriff’s Office from 2019 until his recent acceptance of the new post.

Christina Graham, executive vice-president for finance, oversees the LMU Police and Security Department. Graham recently said she is confident that Honeycutt will serve the campus well.

“David has many years of experience in law enforcement, with the entirety of his career spent in different capacities in our local area. He has dedicated himself to the people of this region and I feel certain he will continue to strive for a safe, secure environment for all of our LMU communities,” said Graham.

The LMU Public Relations Department says the university remains committed to the continual assessment of safety risks through the Critical Incident Response Team, the Threat Assessment Team and the LMU Campus Police and Security Department by continuing efforts to collaborate with local law enforcement agencies. The department has maintained a memorandum of understanding with the Claiborne County Sheriff’s Department since 2012, when LMU transitioned away from simple security services to a police force with POST-certified officers supported by extensively trained dispatch staff. LMU maintains an emergency alert system through the app LiveSafe, an emergency siren to alert the community of public safety or weather-related emergencies. The campus also promotes a university-wide “See Something, Say Something” campaign. LMU also conducts training and educational programs for the University community throughout the year.