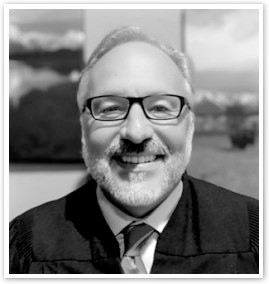 Criminal Court Judge E. Shayne Sexton is officially putting robes to hanger for the last time on June 30. However, the upcoming election could have Sexton hanging around the courtroom a tad longer until his replacement is duly sworn into office on Sept. 1.

Elected to the position in 1998, Sexton says his vocation has changed with the times.

“I’ve looked at this job as a problem-solving job. It’s not just trying cases and dealing with criminal behavior. It has become a position in which I can solve community problems whether it’s opioids or any other kind of scourge of behavior that leads people to court. I never really anticipated this job being like that.

“What I’ve found is the behaviors are kind of the tip of the spear. You have to go further and figure out why it’s continuing to occur.”

Sexton says the pandemic changed not only the way in which the docket was handled but how the charged viewed their cases.

“It brought a particular problem in the sense that we couldn’t try any cases through jurors. Without that threat being there sometimes, parties just aren’t willing to resolve a case. That piled up our docket,” said Sexton.

On a personal level, he says the pandemic made him question whether he “had five counties’ worth of energy left” to bring the docket completely back to where it needs to be. The district includes Campbell, Claiborne, Fentress, Scott and Union counties.

“Court is a mental grind, particularly when you’re the only criminal court judge and you’re going to five counties – going to a different county every week. And, if you don’t show up, there’s no court. When that realization hits you – you can’t sub in someone. You know that if you don’t go, nothing’s going to happen and everything will pile up. It won’t go away.

“I’m a little tired and I’d rather spend the rest of my time at home with my family and grandkids. The pandemic was kind of a spring-training for retirement. I grew to like it. I think it’s one of a few reasons why I’m ‘going home’. I don’t have the will to take on what’s coming,” said Sexton.

Part of presiding over a courtroom, he said, is insuring that the jurors are comfortable, safe and properly educated in court matters.

“That is a big part of criminal justice that most people don’t see. You certainly don’t see it until you become a judge.

“When you start involving the public in what we do, then we owe them some level of courtesy and efficiency, and that’s where our docket was headed to until this (the pandemic) hit.”

Sexton says he believes the docket is again in a workable condition.

“I feel that court is ready to resume in full.”

Sexton was asked if any trials he oversaw during his career touched him. The Baby Hayley case, he says, led to changes in state law following the initial conviction.

Tommy Owens, a Campbell County resident who was charged with child abuse and neglect of his then-three year old daughter, was brought to trial for allegedly not protecting his child from Owens’ live-in girlfriend.

The conviction was later overturned due to a lack of evidence.

“That was a statement case that, where community standards could be affected by what the judge did,” said Sexton.

Although he did not judge the Kenneth Bartley (the Campbell County High School shooting case), Sexton says it greatly affected community standards.

“This was the day that Campbell County grew up. It’s still affecting this area. The defendant is back here, now and he’s had several run-ins with the law that I feel is going to end badly.

“The question is, ‘how do courts react to that type of thing?’ That is not as clear-cut in terms of whether it ended properly,” said Sexton.

He says he has enjoyed serving and feels he is leaving “at the right time.

“I have no regrets. I wanted to go home.”