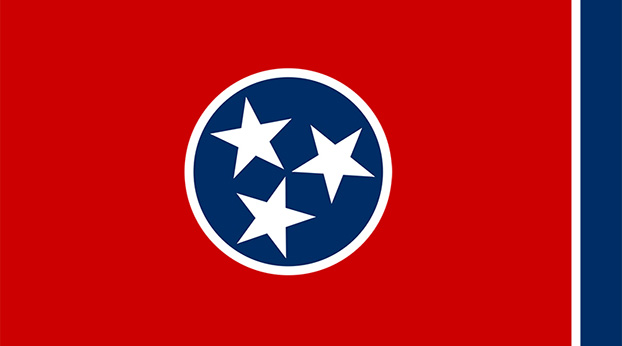 The pandemic, mixed with a bull housing market and the timely reappraisals of county properties has created the perfect storm for homeowners. Claiborne County is experiencing record adjustments in the values of their homes – and it’s not just in our county. Meanwhile, Tennessee is experiencing a population explosion across the board.

Blame it on timing – stringent COVID-19 restrictions in other parts of the country have resulted in a substantial portion of the mass exodus to the volunteer state, creating a serious housing shortage for those in the real estate business.

Add to the formula the routine 5-year state regulated reassessments, leaving county property owners with an average 34 percent jump in the values of their homes. A large number of the readjustments have increased some values to near the 50 percent mark for county residences, businesses and land.

“Right now, we don’t have a single home for sale. It’s a combination of people deciding through the pandemic that they want to keep their home and others coming from out-of-town and out of state looking to buy.

“Within 15 minutes of a house going up for sale, we can get six or seven offers from people willing to pay double what would have been the realistic asking price.”

Russell says she doesn’t foresee values returning to normal for the next 10 years, when the second 5-year state reappraisals are issued.

County property assessor Shane Breeding agrees that the bull property market has helped drive the reappraisals to an unprecedented high.

“During the 2017 reappraisal, we were using property values from 2016 when we were just trying to get out of the recession. Our values were low at the time. Two years later, we did a ratio study and, at that time, we were 21 percent low. But, it kept increasing and increasing.”

Breeding says the key thing to remember is how the tax rate is driven.

“A lot of folks are not concerned with what their value is as much as they are what their taxes are. That’s where your County Commission comes in when they set the tax rate.

“During an appraisal year, the state will not allow the county to collect more dollars than the previous year. They set what is called the certified tax rate, which means they will lower the tax rate to absorb the majority of the increase in value.”

Breeding says the state will set the tax rate through the Comptroller’s Office to a revenue neutral rate.

“The state doesn’t want the county commission to come into a windfall of money just because property values have risen. That way, if the commissioners are going to increase it, they want the public to know who’s doing the increase. They want them to be accountable.

“I have no idea what the certifiable tax rate is going to be. Let’s say it drops to $2.30. If the commission comes back with a $2.35 tax rate, they’ve voted in a 5 cent tax rate increase.”

If the commissioners decide to raise rates, they are required by law to hold a public hearing to announce the decision.

“I don’t see them keeping the same tax rate we have now. It will have to go lower, in my opinion,” said Breeding.

Charlton Vass, district 1 county commissioner and one of the 9-member county budget committee, says he “doubts” anything will be attempted during the new fiscal year budget process to alleviate the potential burden created by the reappraisals.

“We’re running a real tight budget. And, even though we’re getting more some of the offices are asking for raises for their secretaries and stuff. We’ve been running up against it for the last several years. It would be nice for us to have a little padding in case something did come up.”

Vass said the committee is considering increasing the rate per penny, which is currently valued at approximately $50,000 in tax revenue.

“We’re expecting that to increase. Some have speculated that it could go up to $75,000 but we don’t know that for sure yet.”

Breeding spoke of the current situation.

“People say ‘this isn’t going to last’ (the bull market) and I agree. Every year, if something happens to the market, you have an opportunity to be heard through an appeal. At that time, I’ll look for comparable sales. I’m not going to fight an appeal just to be fighting an appeal,” said Breeding.

Property owners have until June 1 to schedule an appeal hearing on the current reassessment.