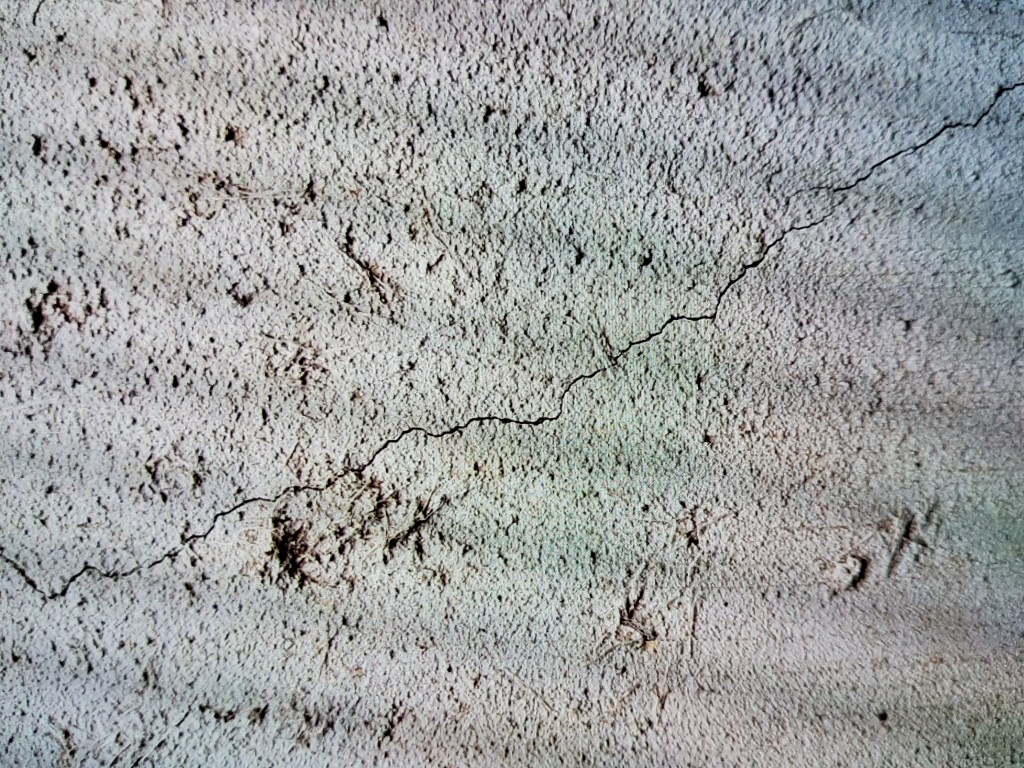 One of the two cracks on the driveway of the Mayes’ property allegedly sustained as a result of the June 20 rock quarry blasting. - Photo submitted

The Speedwell community will not soon forget the wake-up call it got on June 20 when a new rock quarry set off a major blast within a few hundred yards of some of its residences.

The Claiborne Commission got an earful as two of those property owners detailed the incident during its June meeting. Gary Mayes and Mitchell Livesay asked the commissioners to consider drafting an ordinance that would prohibit blasting, surface mining or rock crushing operations inside residential areas. The two men also requested that the county implement zoning regulations so that damages they say they’ve incurred will never happen to others.

Mayes said during the meeting that he and his neighbors thought an earthquake had happened. They later learned that the explosion was the result of a blasting operation from the newly opened rock quarry leased by The Rogers Group from a timber logging company.

Mayes told the commissioners that homes and properties are being destroyed that took a lifetime of hard work to pay for. He claims the operation is ruining the land and polluting the air and water while The Rogers Group shows no regard.

The Claiborne Progress contacted the company’s public relations department with several questions. The Rogers Group responded one week later with a statement.

“Crushed stone from the plant in Speedwell is being used in the Highway 63 improvement project in Claiborne and Campbell Counties. Public notices were issued and all necessary permits to operate the plant were obtained and are on file with Claiborne County,” reads the statement, in its entirety.

Meanwhile, the Speedwell residents have little recourse other than to proceed with a civil suit against The Rogers Group. County attorney James Estep III said during the meeting that Claiborne County has no authority to adopt ordinances and that any action would need to originate from the state legislature or through the TN Dept. of Environment & Conservation (TDEC).

The Progress has contacted TDEC and is waiting for a response.

A third resident has come forward to publicly speak about the damage to his home he claims is a direct result of the June 20 blasting.

Doug Cox says he was told his home, valued at $600,000, was built to withstand earthquakes.

“It was like a wave in an ocean, when this explosion went off. It shook the house so hard that I immediately started making phone calls. I thought they’d probably blown up the whole place and people got killed,” said Cox. “I’ve been in three earthquakes and Vietnam bombing and I’ve never had an explosion like this before. The first thing I thought was that Putin had dropped a nuclear bomb on Speedwell.”

Cox says he was told by the quarry manager that the blasting schedule is set to one blasting every three weeks and that the one on June 20 was the second to have occurred at the site.

He says the manager told him they had seismographs set throughout the neighborhood and that they did not exceed the recommended level.

“I said, ‘if you have seismographs in the area, you go read them. I guarantee you pegged them out.’ They goofed up. Somebody made a big mistake and discharged too much at one time. They tried to maximize their time with huge explosions. You can’t do that when you’ve got 50 houses around you. I took a satellite image of my house and its 220 yards from the blast site,” said Cox.

He says he will likely bring a civil suit against the company.

“I’m pretty easygoing. I’ve been rear ended three times and I was hurt. Twice my car got totaled. But, I never fought a lawsuit against my broken back. I’ve never sued anybody before in my life. But, I’m going to have to on this because my house – I was getting ready to put it on the market. I just had it appraised about a month and a half ago. The hard thing is trying to find somebody to fix it,” said Cox.

Other residents within the community are reportedly talking with attorneys as well.

This is a developing story.