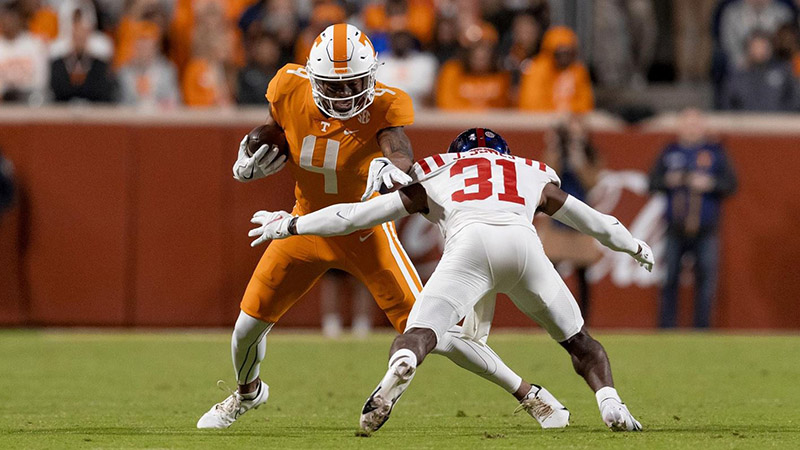 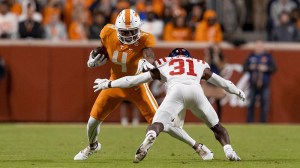 The four-day event begins Monday and will take place at the College Football Hall of Fame and Omni Hotel in downtown Atlanta. SEC Network will have full coverage.

Heupel, who won more regular season games than any new Power Five coach last fall, guides a Tennessee team that returns 62 letterwinners and 15 starters. The three senior student-athletes representing the Volunteers have played in a combined 111 games with 66 starts in their collegiate careers.

Hooker, a native of Greensboro, North Carolina, enters his sixth and final collegiate season as one of the top signal callers in all of college football. The owner of single-season school records in completion percentage (68.0) and passing efficiency (181.4), Hooker became Tennessee’s first Davey O’Brien Award semifinalist since 2006 after racking up 3,561 yards of total offense and 36 total touchdowns. Off the field, he is currently pursuing a master’s degree in agricultural leadership, education and communication, and he is the author of his own book, “The ABCs of Scripture for Athletes.”

Flowers will be making an appearance in his hometown. The Atlanta native serves as the Vols’ starter at safety for the third straight season. A leader in the locker room, he has appeared in 35 games with 25 starts and recorded 170 tackles, three interceptions and 10 pass breakups. He ranked sixth among SEC defensive backs with a career-best 82 tackles a year ago.

Tillman is the top returning wide receiver in the SEC and a candidate for the Biletnikoff Award. He owns the school record for consecutive games with a touchdown catch with seven, a streak that continues entering the fall. He finished his redshirt junior season with 64 catches for 1,081 yards and 12 touchdowns. In Vol single-season annals, he ranked fifth in receiving yards and second in touchdowns. A three-time SEC Academic Honor Roll member, he earned his degree from Tennessee in 2021.

The Volunteers are in the midst of summer workouts and will officially report for preseason camp on Sunday, July 31, before going through their first practice on Monday, Aug. 1. The 126th season of Tennessee football kicks off on Thursday, Sept. 1 against Ball State at 7 p.m. ET on SEC Network.