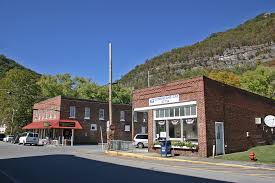 Cumberland Gap building inspector Don Bryant has been fired for the second time in as many months. The Board of Mayor & Aldermen voted during the July meeting to ratify Mayor Neal Pucciarelli’s decision to terminate Bryant’s employment due to “insubordination.”

The matter was first addressed during the June meeting when the mayor presented documentation meant to substantiate the termination. The motion to ratify the mayor’s action failed to secure a second, essentially making the termination null-and-void.

Pucciarelli said during a previous interview that he had begun gathering complaints in January suggesting that Bryant was negligent in his duties.

“I felt like he wasn’t doing his job in a manner that is expected by code,” said Pucciarelli, at the time.

“Appeals board or not, I should have been allowed to respond to the Board of Aldermen to defend myself,” said Bryant, last week. “I had to file a public records request to get a copy of (one of the disgruntled property owners) and the mayor’s complaints.”

The two men disagreed on Bryant’s employment status. Pucciarelli maintained that as the building inspector, Bryant was a town employee and, as such, comes under the mayor’s supervision. Bryant, however, claimed he was a contracted worker who was paid on an as-needed, job-by-job status – what could be characterized as a paid professional.

“Employees got raises the last three years,” said Bryant. “The wastewater treatment operator was questioned as to why he didn’t ask for more money and was told they would try to come up with something additional – but no raise for me.”

Bryant’s employment status has since been clarified. Pucciarelli said in an interview last week that Bryant has been listed since 2011 by the Internal Revenue Service as a town employee.

“Even though (town attorney James Estep III) said it during the original meeting (in June), even though we had mentioned it before, I guess us producing the letter was – I think it cleared things up to the people on the council,” said Pucciarelli.

The ongoing concern, according to Pucciarelli, is a lack of any tangible records detailing town building jobs. Bryant said last month that none of those jobs were so complicated that paper or digital records needed to be kept.

Bryant said during an interview in June that he had no problem keeping up with what was going into each building job. During a more recent interview, he said he had a plan if he were to come across any violations during the course of his inspections.

“If there was a question about a code, I sent the code by picture through email or text which resolved the issue and also documented the question,” said Bryant. “The code says that I can develop my own procedures. If there had been a question to arise concerning an issue, I could have answered it if asked and produced the reference that I had provided.”

He estimated at the time that he had conducted about 45 inspections on the three major projects completed during the previous 18-month period.

Pucciarelli says the lack of recordkeeping is a major issue.

“I couldn’t show anybody an inspection and why they failed. If you did not pass an inspection, he was supposed to cite the violation and then put down the code so the person knew why they had failed.”

Bryant responded to the mayor’s concerns.

“The code says that I can develop my own procedures. If there had been a question to arise concerning an issue, I could have answered it if asked and produced the reference that I had provided. The mayor is not certified in codes. As far as who to go to for answers, all the previous mayors referred anyone asking a question to me as the building inspector.”

Bryant says that, during the July meeting, he asked to be allowed to sit with the board and answer the accusations but was met with a refusal.

“I was only allowed one comment and had two people making accusations that were inaccurate. I was not allowed to respond to the accusations although I asked three times to sit down and go over the accusations,” said Bryant.

Pucciarelli says Bryant was free to “speak his peace.”

“I gave Mr. Bryant the first opportunity to explain himself during the meeting. We’re not supposed to turn meetings into disasters. I felt like the meeting before (in June) got out of hand. I didn’t limit his conversation during the second meeting,” said Pucciarelli.

The mayor says he was assured by MTAS (Municipal Technical Advisory Service) that there was nothing wrong with his documentation and his reasons for terminating Bryant. MTAS also upheld the mayor’s supervisory role, according to Pucciarelli.

Bryant says he has never received a reprimand nor had any complaints lodged against him during his 18 years as the town building inspector outside the ones gathered during the last six months of his employment.

Bryant is certified by the state as a residential and commercial building inspector. He is currently running for the 6th district seat on the Claiborne County Commission.

Although aldermen Teresa Fuson and Joe Gill were absent during the July meeting, the remainder of the board made a quorum, allowing a vote on the issue. The mayor’s decision was ratified by a vote of three to one. Aldermen Kathy Maxwell, Jerry Hopson and John Ravnum voted to uphold the termination. Alderman John Douglas voted against ratification.