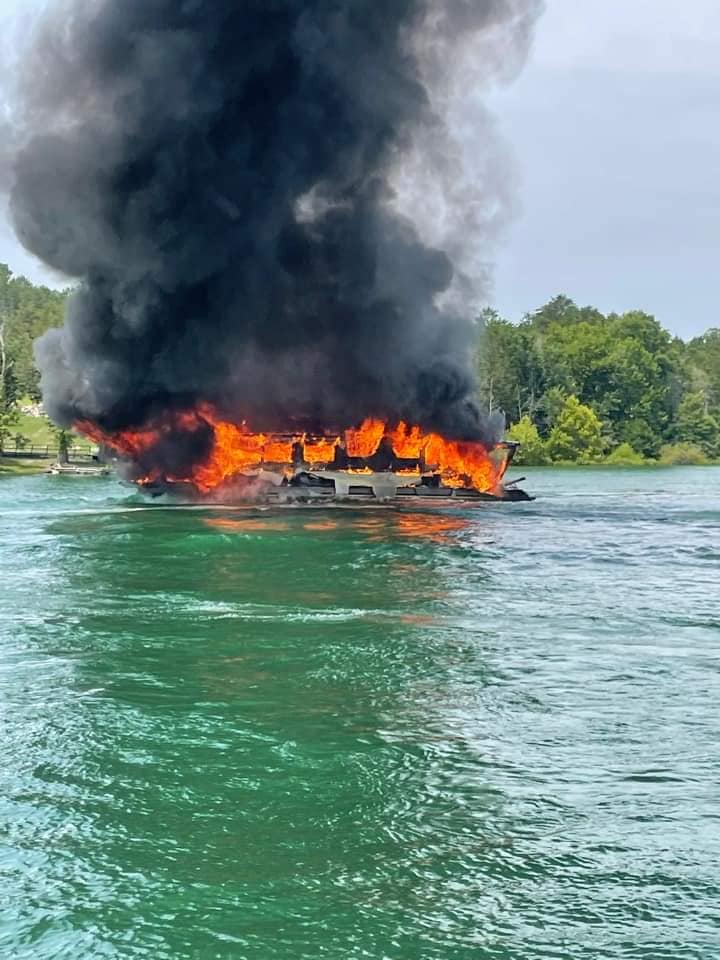 Shown is one of several photos taken during the houseboat fire at the Cedar Grove Marina & Campground located on Hwy 33 south in Claiborne County. – photo by Jake Andrew Wigfield

The Tennessee Wildlife Resources Agency (TWRA) has released information about an ongoing investigation into a houseboat fire. The incident occurred at the Cedar Grove Marina & Campground on Sunday. According to the TWRA, the houseboat was in the process of being refueled upon return from rental use.

Those returning the houseboat were removing their belongings when the vessel caught fire. All were able to safely disembark. No injuries were reported, according to the TWRA.

The Marina employees were successful in maneuvering the houseboat away from the refueling station and other nearby vessels.

The South Claiborne Volunteer Fire Department and the Sharps Chapel Volunteer Fire Station responded to the scene and were able to extinguish the fire.

David Breeding, executive director of the Claiborne County Emergency Management Agency, responded as a safety measure to ensure that no fuel had leaked into the marina water.