‘All for the kids;’ Claiborne opens Boys & Girls Club 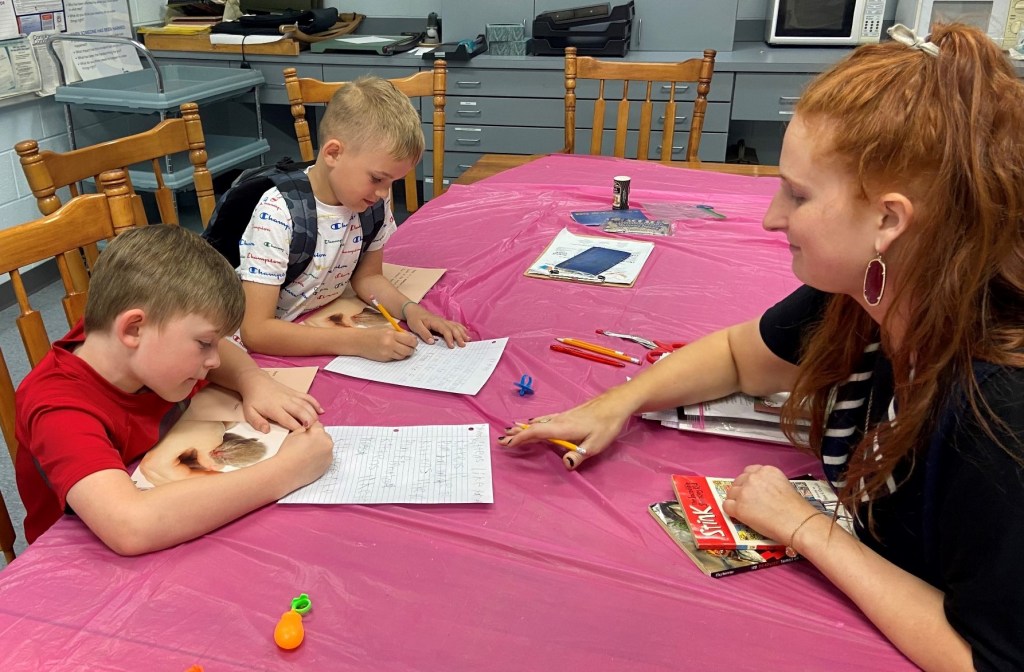 Kids enjoying a little art time, with the help of a volunteer, at the newly opened Boys & Girls Clubs of Claiborne County. – courtesy photo

Claiborne County is now the official recipient of a Boys & Girls Club. The nonprofit facility, currently located at Soldiers Memorial Middle School (SMMS), has been working under a “soft opening” for a couple of months – and the kids are having a ball!

Spokesperson Todd Peoples discussed the facility during the July meeting of the Claiborne Commission, held on Monday. Peoples invited the public to attend an official ribbon cutting ceremony on July 27 at 10:30 a.m. The ceremony is part of an open house that will occur from 10 a.m. to noon.

He asked Alex Painter to talk about his experiences as the first of an estimated 30 kids to sign up as a club member.

“I just thought it was going to be something to get out of the house and do. I got there and I actually enjoyed it. We had a bunch of other kids and we got to talk and play and do what we wanted,” said Painter.

Once the member roster gets to 60 kids, Peoples said plans are to “move across the river” to open one, possibly, at Ellen Myers School.

The facility will remain on its “soft opening” status through July 29 from 7:30 a.m. to 5:30 p.m. during the weekdays. It will then close temporarily to allow staff and teachers to prepare for the new school year, said Peoples.

The facility will then reopen as an after-school program. Hours will be 3:30 p.m. to 6:30 p.m. Monday through Friday.

He said the nonprofit is always on the lookout for donated items. Due to health regulations, each item must be ‘new in the packaging.’ Donations can be dropped off at SMMS or taken to the Claiborne Economic Partnership Office, located beside the Claiborne Courthouse on Main St. in Tazewell.

A full list of toys and other items can be found on the Boys & Girls Club Facebook page.

To donate funds to the cause, log onto: www.bgctnv.org/claiborne. Upkeep for the facility will be provided through eligible grants, fundraising efforts and private donations.