Returning to school; safety in the classroom 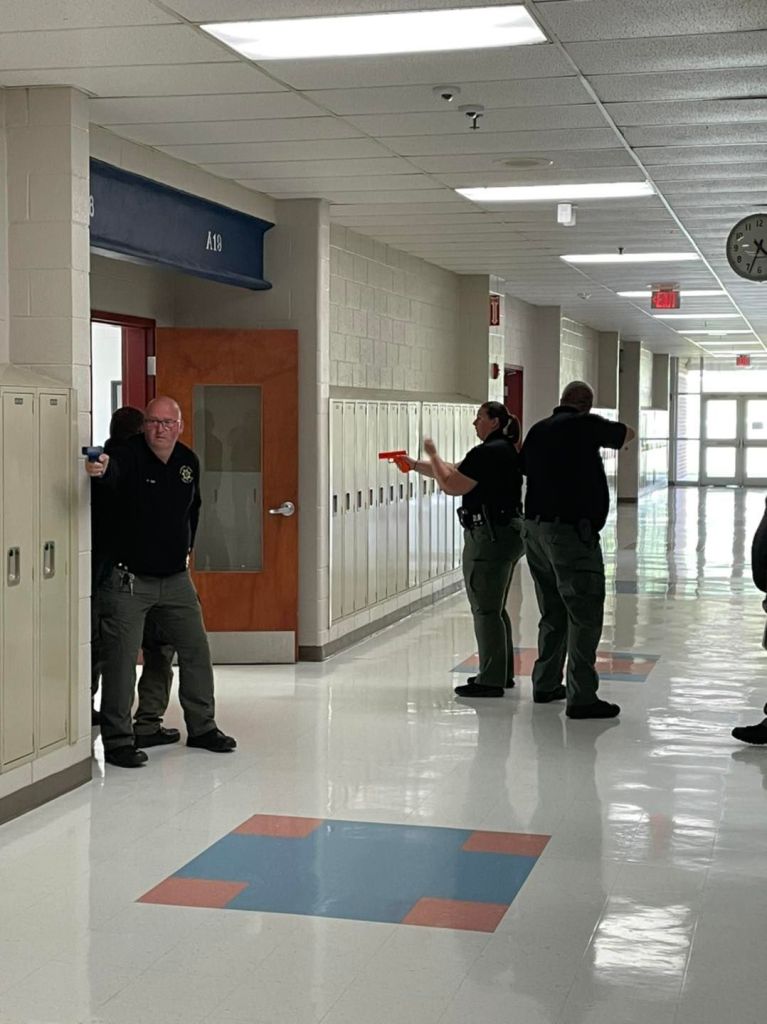 Imagine sitting in the classroom, mind undistracted by fearful thoughts of school shootings. That was the student life just one decade ago.

Picture today, as students file back into school past surveillance cameras and metal detectors, the contents of backpacks always on the ready to be inspected.

This is student life after Sandy Hook. In 2012, just 10 short years ago, 26 people were killed at the elementary school by a disgruntled 20-year-old.

That day, 26 people lost their lives – 20 who had lived just six or seven short years.

The tragedy at Sandy Hook ushered in a whole new way of doing education, as parents and teachers do a balancing act between shielding students from fear while instilling a need for precautionary safety standards.

School shootings are in jeopardy of becoming an almost common occurrence as news of yet another incident is broadcast to the public. There were 27 school shootings this year alone, with a whopping 119 incidents just since 2018 – the first year in which Education Week (an online news source) first began tracking the phenomenon.

And the numbers keep on growing. Last year, 34 shootings occurred – the highest yet – with 2022 shaping up to be another banner year. On May 24, news of another school shooting, this time at Robb Elementary in Uvalde, Texas has made it clear that these incidents are becoming more frequent and, in many cases, deadlier with the passage of time.

This latest shooting has been touted as the deadliest since 2012, with 21 people succumbing to the assailant’s bullet and another 16 injured.

Claiborne County students will be returning to school on Aug. 8. The Claiborne Progress reached out to Bob Oakes who, among many titles is the Assistant Director of Schools and Safety Director.

“We want the community to know that the safety of our students and faculty are our utmost concern and that we work proactively and collaboratively with our law enforcement agencies,” said Oakes. “We continually assess our schools and district in detail to make sure this is a collaborative effort maximizing the latest knowledge and legal information available.”

For obvious reasons, Oakes could not go into detail on the more sensitive aspects of the school safety plan. He did say the faculty and staff are thoroughly trained each year and that the entranceways to each school “have been strengthened.”

“We have, with the cooperation of the county commission, been able to place School Resource Officers (SRO) at every school,” said Oakes.

Those officers recently underwent a two-day training session on July 11-12 alongside their counterparts from Union and Grainger counties and the New Tazewell Police Department. The Advance Law Enforcement Rapid Response Training (ALLERT) was held at the Union County High School.

Oakes says all security systems continue to be upgraded each year as new technology becomes available.

“We have Emergency Operation Plans both at the school level as well as the district level that are updated continually with collaboration from law enforcement,” said Oakes.

Following the shooting in Uvalde, the Progress posed a question to our Facebook readers, asking them to comment on the subject. The inevitable discussion about gun control was debated.

“Every law infringes on our 2A rights,” commented Allen Earl. “With each new law, we lose something. If this keeps going this way, only the government will be able to own guns. Let us remember what happens when the people are unarmed. Do we really want only the government to have them? I think not.”

Dean Hensley said in his comment that a large number of school shootings could have been stopped by those who read the shooters’ posts on the Internet.

“Also, many hear threatening comments from the shooter and fail to report it to law enforcement. This is not a solution, but it would have stopped a few of the mass murders.”

“That’s why drugs are illegal and still a major problem. Any 20-year-old that wants to go shoot up a school isn’t going to wait until he’s 21 because of a law. You’d only be taking guns from perfect law- abiding people.”

Lisa Strickland spoke in her comment about the failure to enforce laws already on the books.

“…failure of politicians to provide funding to address mental health issues; failure of parenting any child other than the one I am responsible for on a daily basis does not and should not constitute a loss of my constitutional second amendment right. Cain killed Abel with a rock. Do we remove the rocks? Guns are not the problem.”

Brenda Johnson’s comment brought some varying ideas on the subject of carry-conceal for teachers.

“When police are too frightened to confront an active shooter, how can we expect teachers to,” said Misty Cline.

Tim West responded by saying he thinks teachers have enough on them.

“I think if they want to carry, they should be allowed, but absolutely not forced to.”

Kris Combs said in her comment that she feels teachers should conceal carry.

“I say carry anyways. What they don’t know you have won’t hurt them, but you can bet they will be glad you did carry if the need arises to use it.”

Samantha Grays said she knew many teachers who have said they don’t want a firearm.

“They want stricter firearm regulations. And, somehow stricter regulations translates to ‘you’re not going to take my guns away.’ No one has ever said anything about taking anyone’s gun; simply making stricter regulations into purchasing one. Every mass shooting in the United States has been committed with legally purchased firearms. Every. Single. One.”

Paul Fugate took exception to a portion of Grays’ comment referring to mass shootings having been committed with legally purchased firearms.

A lively debate proceeded between Grays and Fugate.

“…I’m a parent who is sick and tired of seeing children slaughtered because people like you are so scared of having guns taken away. I’m tired of people putting more value in a weapon than on children’s lives. If the police in Uvalde didn’t even want to confront the shooter, but it’s okay to put that kind of pressure on a teacher? I’m tired of being too scared to send my kids to school because no one has done anything about gun violence since Columbine. Children under ten are being slaughtered and no one cares,” said Grays.

“…when you figure out all the other reasons for gun crime and school shootings, you might realize that they didn’t start at gun stores making legal sales.”

Michael Bishop jumped into the debate.

“Take a hard look at Chicago. Firearms have been there for years, same as New York City. They still have plenty of gun violence and murders not committed by honest citizens owning a gun but by criminals. You can outlaw guns, but only outlaws will have guns. It’s only common sense and the constitution plainly says the second amendment is not to be infringed in any way, shape or manor. The people have the right to defend themselves and their property and their lives.”