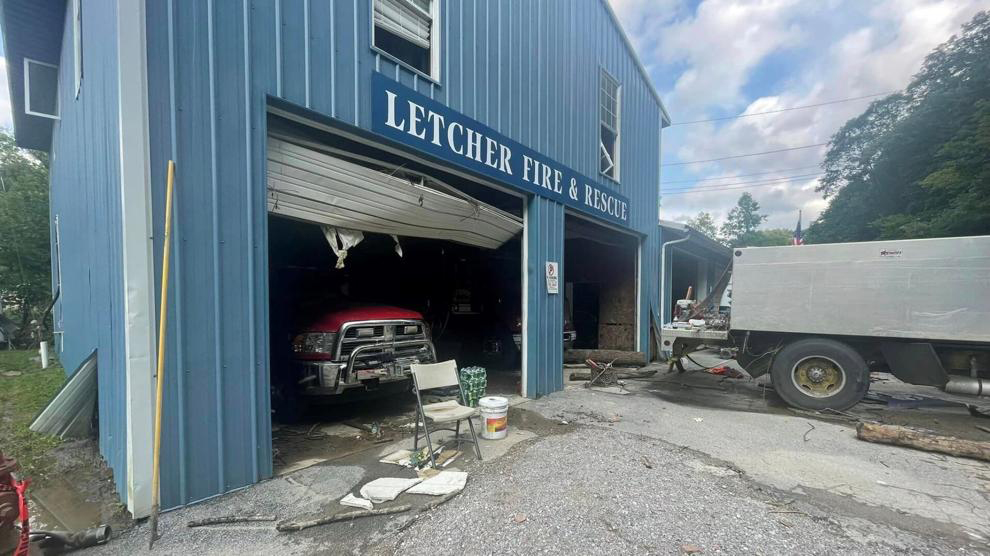 The fire department in Letcher County has not been immune from flood damage. Photo by State Rep. Angela Hatton via Kentucky Today

The death toll from flooding in eastern Kentucky stands at 37, but with hundreds of people still missing, that number is expected to climb as  more areas become accessible to search and rescue crews. 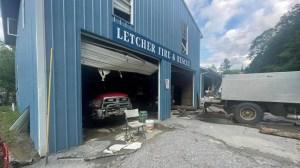 The fire department in Letcher County has not been immune from flood damage. Photo by State Rep. Angela Hatton via Kentucky Today

During a press conference held before he headed back to the flood-ravaged areas to three counties he was unable to reach over the weekend due to the weather, Gov. Andy Beshear said getting an accurate figure on the number of people still missing as well as the dead is not possible, although rescue crews are still searching.

Beshear said the number of people rescued continues to increase.

“It’s hard to count, but definitely over 1,300,” he said. “One person was rescued (Monday) by Fish and Wildlife, so this is still an active situation where some people are still cut-off.”

Of those who lost their homes, the governor said 191 are being housed at Kentucky State Resort Parks rooms, cottages and campgrounds.  Some of the travel trailers used to temporarily house victims from last December’s tornado outbreak in western Kentucky have been brought east and are being hooked up for use by flood victims.

Donations have been pouring in from across the country.

“As of Tuesday morning there have been 17,925 contributions for a little over $2.3 million,” the governor said. “This is a fully transparent fund with legislative oversight.  Every dollar will go to help people impacted in the area.”

Thirteen counties are in the Presidential major disaster declaration issued last week, which triggers federal assistance to state and local governments, but only five are included for individual assistance through FEMA. Beshear said Floyd and Pike counties have been added.