The Claiborne County General Election is now a thing of the past. The final unofficial votes were tallied for all 16 precincts and added to the early, absentee and paper ballot votes. The results will be made official once rubber stamped by the state. The official results are expected to be returned in about a week.

There will be, however, one bit of business left over from election night – the tie vote for a Dist. 6 seat on the Claiborne County Commission.

Incumbent Rosemary Barnett and Mona Dotson garnered the same 296 votes, which will likely wind up in the laps of the county commissioners.

According to Tennessee Codes Annotated, 2-8-111, the commission is responsible for deciding just how to break the tie.

“If there is a tie vote between the two (2) or more persons having the highest number of votes for an office, the state election commission shall cast the deciding vote except that:

(1)  The county legislative body shall cast the deciding vote for offices filled by the votes of a single county or civil district;

(2)  The municipal legislative body shall cast the deciding vote for municipal offices, or, in the alternative, the legislative body may by resolution call for a run-off election between the tied candidates;” reads the piece of legislation, in part.

The commissioners, who make up the county legislative body, will either decide by vote whether Barnett or Dotson is seated. Or they may call for a run-off election to break the tie between the two.

Claiborne County Sheriff Bob Brooks faced off in the election against hopeful Josh Russell. Russell’s totals of 2,963 votes were just not enough to beat out Brooks’ 4,057 – giving the incumbent another four years at the helm of the CCSO.

The race for the seat of criminal court judge inside Claiborne County was hot and heavy to the last gasp. Former Judge E. Shayne Sexton retired earlier this year, leaving the position wide open for a heated competition between attorneys Thomas Tabor, Zach Walden and Graham Wilson.

The voters of Claiborne County chose Wilson with a bit over 200 votes more than his nearest competitor. Zach Walden became the overall winner of this race, once the dust settled and the totals from Campbell, Fentress, Scott and Union counties – the other four that make up the judgeship district – were announced.

County Trustee Alice Alexander was opposed this election by hopeful David Painter. Painter was unable to unseat Alexander, who has been the county trustee for 24 years. Painter ended up with 2,824 votes to Alexander’s 4,019 votes.

The Claiborne County Commission, comprised of 21 members within its nine-district span, saw serious scrambling for seats as incumbents and hopefuls squared off in every single district.

Following are the names and final unofficial vote tallies for this and all other contested races within local government. 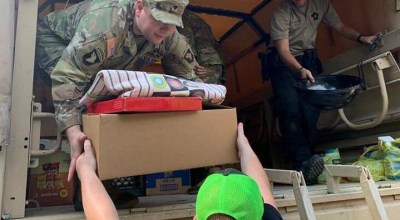