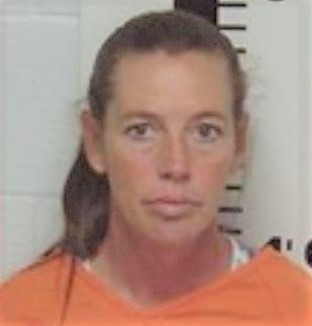 Patricia Diane Heck, 54, pleaded guilty in Claiborne Criminal Court to stealing more than $25,400 in funds from the Claiborne Clerk’s Office. The thefts happened between April 1, 2016 and April 19, 2019, according to the Tennessee Comptroller’s Office, who led the investigation.

Heck chose to resign from her position as chief deputy clerk when it was learned that she was under investigation for the crimes.

The state comptroller said Heck had racked up the secreted funds by overcharging certain vehicle dealerships for fees remitted to the Clerk’s Office on behalf of their customers. A part of her job set was to calculate those fees, which she falsely inflated, keeping the excess amounts for her personal benefit. She also altered electronic and manual records “in an effort to hide her misappropriation” routinely using a “white substance” to conceal information on registration documents, according to the comptroller.

Heck went before the Claiborne Criminal Court bench to plead guilty to one count each of official misconduct, theft over $10,000 and tampering with governmental records. She was given a Sept. 19 hearing date so that a pre-sentencing investigation could be completed.