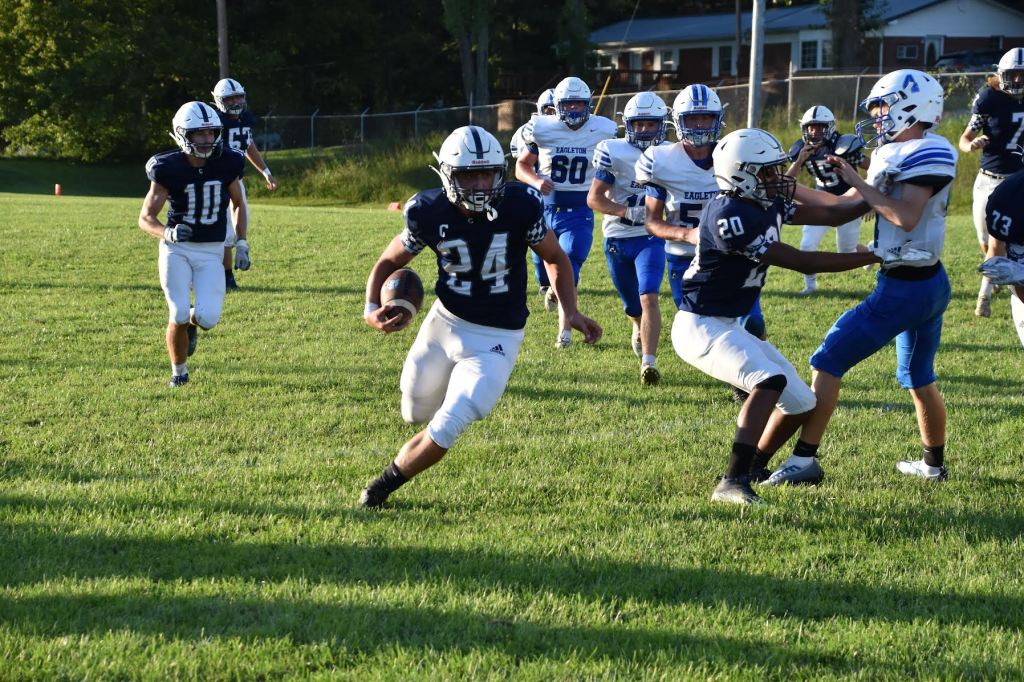 The Claiborne Bulldogs football team hosted their 2022 jamboree at R.O. Giles Field due to field repairs being made to the field on Claiborne’s campus. Five schools brought teams Eagleton, Thomas Walker, Union, Jellico and Claiborne. Jamborees are a great opportunity for teams to go through the motions of game night. Coaches use the short games to help judge players and make those all-important starting player decisions.

Claiborne’s opening game was a junior varsity game against Thomas Walker and the Bulldogs won without giving up any points.

The varsity Bulldogs played against Eagleton in the first of two varsity games. They also won and didn’t allow the Royals to score.

The final game for both the jamboree and Bulldogs was against Jellico. Once again, the Bulldogs didn’t allow the Blue Devils to score and won their third game during the 2022 jamboree.

When Coach Medlin was asked about what concerned him after watching his new team, he said this, “We did a lot of good things tonight and when you hold three teams scoreless it says a lot, but we need to clean up our blocking. There were times we got the job done but we executed it wrong. We need to work on that. Honestly, I was surprised at how well they did offensively and defensively. ”

Claiborne will not play during opening week due to a bye but will travel, week two, to Union County August 26.

The first home game will be held September 30 versus Johnson County.