Riders turn out to Rock the Crater through three states 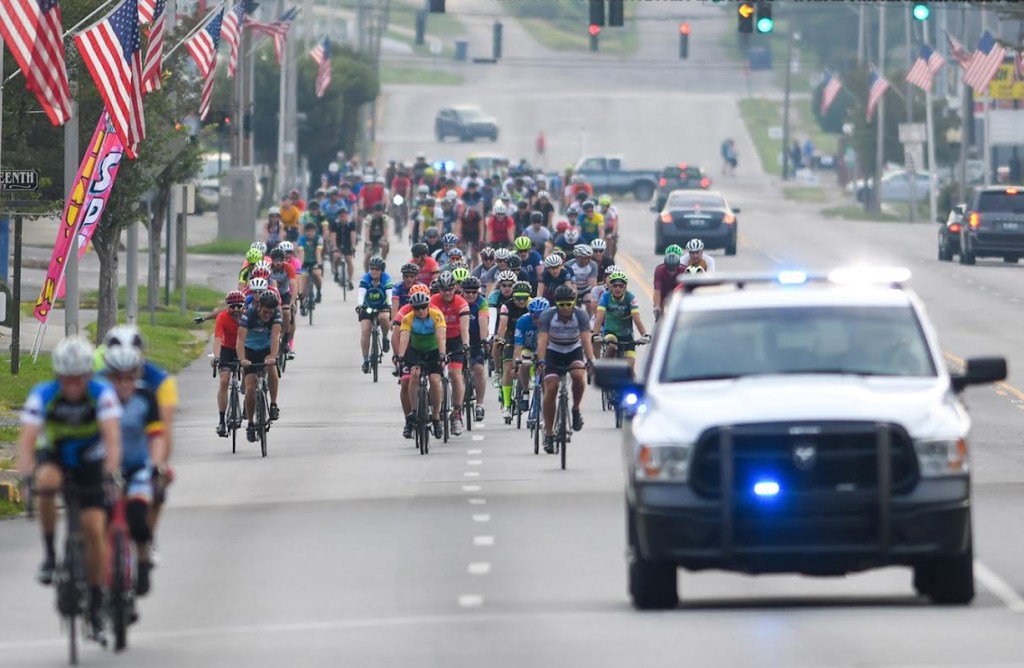 More than 200 riders from at least 14 states were in Middlesboro recently for the Rock the Crater bike ride. All photos courtesy of Danny Vaughn

More than 200 people from at least 14 states were in Middlesboro Aug. 5-7 for the sixth annual Rock the Crater Ride.

The fundraiser bike ride event that covers three rides in three states in three days, is hosted by First Priority, a non-profit organization that seeks to connect students in Bell County, Claiborne and Hancock counties in Tennessee and Lee County in Virginia, to the church.

The event also included a block party with live music, food trucks, vendors and entertainment. The Pinnacle Challenge at Cumberland Gap National Historical Park visitor center kicked off the Tennessee ride on Aug. 5. The Rock the Crater ride was Aug. 6, and the event concluded Aug. 7 with a post ride in Virginia.

The event not only benefits First Priority, but other local businesses over three days, says First Priority board member and Rock the Crater organizer Adam Robertson. Riders came from as far away as Florida and Texas, according to Robertson, who said it takes about 100 volunteers giving their time to make the ride happen. Volunteers staffed stops along the way and distributed water to riders.

“It is not just for the exercise,” Robertson said. “It’s a really good social thing with their friends, and a really good chance to travel, as well.”

The Kentucky ride began downtown before winding through a scenic backroad route. Rock The Crater has four different routes to accommodate cyclists of every experience level, from beginner to avid cyclist, with distances of 21, 40, 58 and 100 miles, with all routes running through  part of the Cumberland Gap National Historical Park.