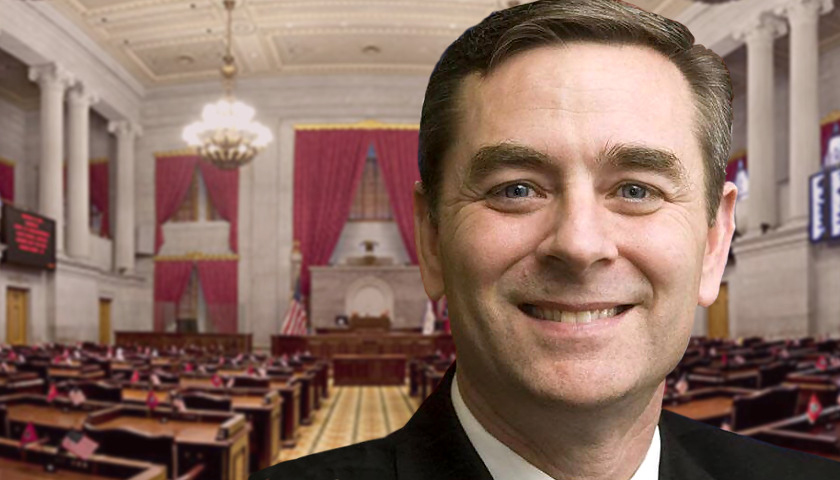 Former Tennessee House Speaker Glen Casada and his former Chief of Staff Cade Cothren were arrested on Tuesday morning at their homes on federal charges of theft, bribery and receiving kickbacks.

Tennessee Rep. Robyn Smith resigned in March after she was charged with wire fraud in the alleged scheme, which was investigated by the Federal Bureau of Investigation.

Casada and Cothren resigned their posts in 2019 and the FBI raided Casada’s home and several political offices.

The indictment alleges that Casada used his political office to gain approval for a company called Phoenix Solutions and a political consulting business owned by Casada, to receive state funds. Casada then is accused of taking bribes and kickbacks from Cothren, who allegedly created the fictitious Matthew Phoenix to front the company.

Phoenix Solutions and the other companies allegedly received $51,947 in payments from the state in 2020.

“Casada, Cothren, and the other conspirator allegedly concealed their involvement in Phoenix Solutions by submitting sham invoices to the State of Tennessee in the names of political consulting companies owned by Casada and the other conspirator, for the purpose of secretly funneling money from the State to Phoenix Solutions through the bank accounts of these companies,” a Department of Justice press release on the charges and arrests said.

Smith was charged with wire fraud before her resignation.

At the time, federal prosecutors said that Cothren would print and design legislative update and survey mailers for members of the Tennessee General Assembly and, for their involvement, Smith and Casada would then get paid by Cothren.