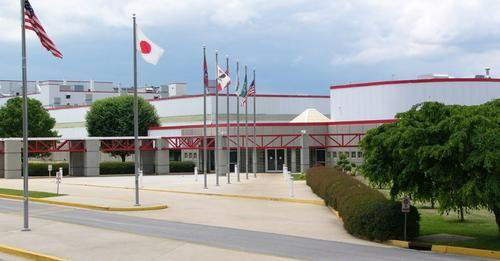 Bridgestone Tire will receive millions from Tennessee taxpayers to fund an expansion of its plant in Warren County. Tennessee Department of Economic and Community Development photo

Tennessee is scheduled to send million-dollar incentives to six more companies for expanding or moving their operations to the state.

The largest of those incentive grants are $8 million to Bridgestone Tires in Warren County and $6 million to Hankook Tire in Montgomery County, according to an agenda for Tennessee’s Funding Board, which approves economic development grant contracts.

Bridgestone Americas announced recently that it would be spending $550 million to expand its truck and bus radial tire plant in Morrison, adding 850,000 square feet to its facility on a project expected to be complete by May 2024 and add 380 jobs to the facility.

Hankook Tire will expand its tire plant in Clarksville and receive taxpayer incentives to do so.

Hankook Tire, meanwhile, received its incentive for committing to invest $612 million to expand its Clarksville plant and its capacity to produce passenger car and light truck tires at a two-million-square-foot facility that will begin production in late 2024 and be completed by early 2026.

Incentive grants, economists note, do not make a significant difference in private business activity or taxes collected in a state but a recent study showed that large economic incentives do bring political and financial benefit to the politicians who approve those incentives.

Gary Wagner, a professor of economics at the University of Louisiana-Lafayette who worked on the study, noted that the public should not assume that these incentives are effective.

“In addition to receiving higher campaign contributions, we also find that the margin of victory for incumbent politicians actually gets wider when they give these big incentives,” Wagner said. “What I would suggest to people is, in the absence of evidence that these programs work, they should assume they do not work. Flip the default.”

The other million-dollar grants set for approval are: Wacker Chemical in Charleston ($3 million), McNeilus Truck and Manufacturing in Murfreesboro ($3 million), Piedmont Lithium in Etowah ($1.53 million) and Symmco in Surgoinsville ($1 million).

Wacker is planning a $200 million expansion in Charleston with 200 new jobs, McNeilus will spend $50 million to expand and take over a new facility in Murfreesboro, Piedmont will build a $582 million lithium hydroxide processing, refining and manufacturing facility in Etowah and Symmco will spend $13.1 million to move to an existing facility with 86 new jobs in Surgoinsville.

The Piedmont project was announced on Thursday morning in a press release but did not include the incentive amount. When asked about the grant amount and TNECD not releasing those amounts along with its press releases, TNECD spokesperson Lindsey Tipton did not divulge the grant amount but instead emailed “Any grant assistance provided by TNECD will be posted to our department’s transparency website within 30 days of the announcement. More information about the types of grants and incentives that TNECD can offer are included on our website at TNECD.com.”

Before the recent flurry of million-dollar incentives, the state had given out at least five grants of $1 million or more in 2022.