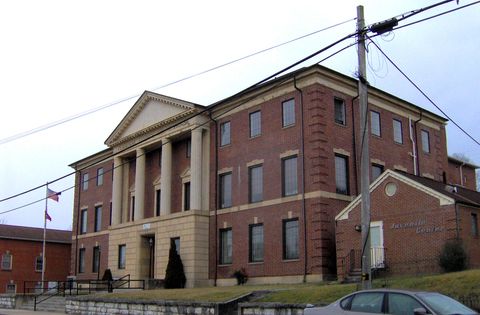 The unexpected retirement of Claiborne Finance Director Sue Tuttle has gotten county government hustling to find a suitable replacement before her final goodbye in mid-November.

Tuttle says she is looking forward to the second phase of her life as she enjoys the fruits gleaned from steady employment – 26 years of which were in county government.

“I started working when I was 18 and have never drawn an unemployment check,” said Tuttle of her work history. “I’ll be 62 in January. It’s time to retire.”

Tuttle was deeply entrenched in the financial affairs of the Claiborne Road Department in 2010 when the new countywide Finance Department was opened. Tuttle moved up the street to the new office without a hiccup.

When former finance director Angelia Tucker retired, Tuttle accepted the top position, moving her decades of expertise to the helm of the department.

The Finance Committee has about two months to find a replacement and get that person up to speed. The heat is on as the committee tackled 12 resumes from hopefuls who managed to throw their hats into the ring by the Sept. 14 deadline. Literally one hour after the closing, the committee members were plowing through resumes and discussing the education, experience and other qualifications of the 12 who applied for the position. Five “maybes” were chosen from the stack. Those five will be contacted to set up a one-hour interview over the course of the two-day process slated for Sept. 28-29.

The committee spent a bit of time debating the salary. They agreed to set it at $60,000 to $70,000 to start, with the ability to negotiate at the next budget year. That way, the $70,000 salary budgeted for the current fiscal year will be met.

A background check, prior to hiring, will be requested as well.

The committee is tasked with submitting questions for the interview process. Each member will come up with a question that reflects their professional standing as it relates to county finances. For instance, Dr. Linda Keck, who is the director of schools, will pose one or two questions relating to school finances.

The seven “best” questions will be used during the interviews with each applicant receiving the same.

As of the end of the meeting, Brooks was tasked with contacting each of the five applicants with the particulars and setting appointment times for each one who is willing to continue the process.