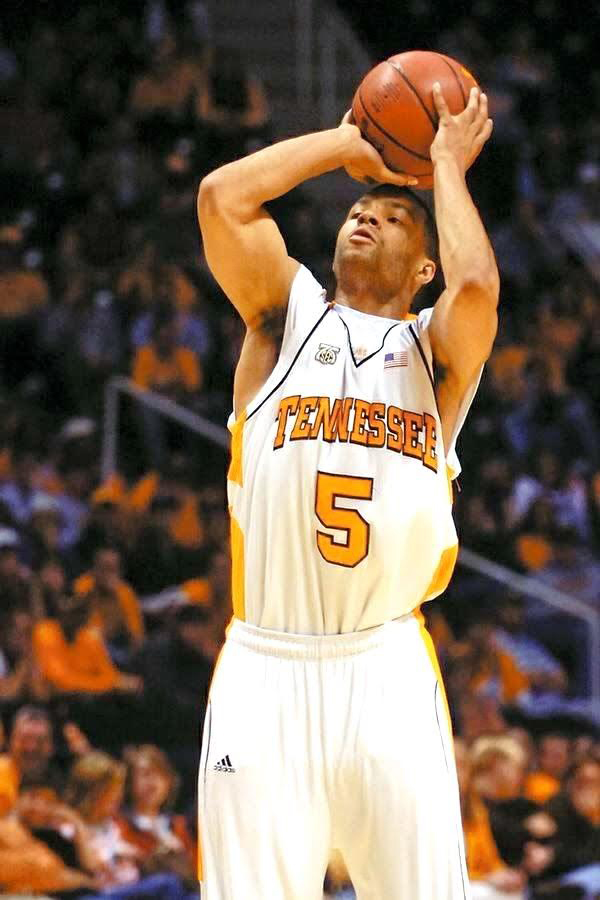 Chris Lofton will be only the fifth Tennessee basketball player to have his jersey retired when the Vols host Kentucky on Jan. 14. UT Athletics photo

Chris Lofton will have his No. 5 jersey retired by Tennessee when the Vols host Kentucky on Jan. 14. The all-time SEC 3-point leader and former All-American will join Bernard King, Ernie Grunfeld, Allan Houston and Dale Ellis as the only players to have a jersey retired.

Lofton led Mason County, Kentucky to the 2003 state championship and the 2004 state title game. He was also named Kentucky’s Mr. Basketball in 2004, but he was not recruited by Kentucky.

“I’ll say it again. Chris may have been biggest recruiting mistake ever by UK of an instate star that I can remember,” Combs said. “Appropriately, UT honor will come when UK visits Knoxville on Jan. 14.”

Lofton earned All-America honors during his sophomore, junior and senior seasons at Tennessee and was named the 2007 SEC Player of the Year. He scored 2,131 career points, still the fourth most in Tennessee history. He hit more than 100 3-pointers during each of his final three seasons and finished his career with 431 makes, third best in NCAA history when he graduated. He hit .422 percent from long range in his career.

Lofton was diagnosed with cancer at the end of his junior season but he never revealed he had undergone radiation treatments until after his career ended. He started all 36 games his senior season when the Vols reached No. 1 in the Associated Press for the first time in school history.