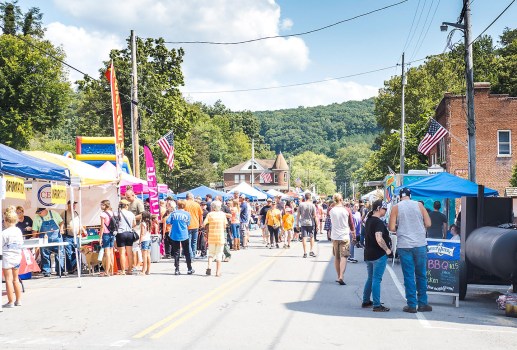 The White Lightning Trail Festival had something for visitors of all ages. Photo by Jordan Brooks 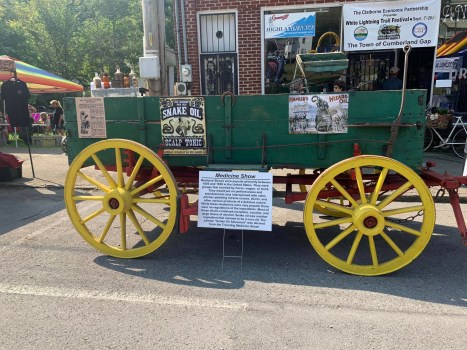 A traveling medicine show was one of the attractions at the White Lightning Festival. Photo by Jordan Brooks 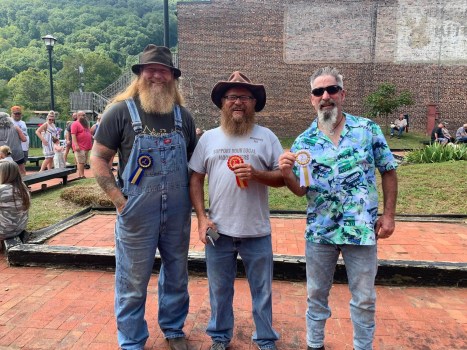 The winners of the best beard competition. Photo by Jordan Brooks 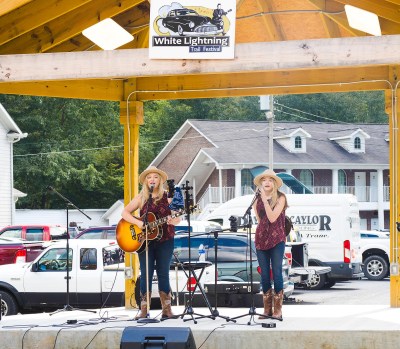 The Roberts Sisters, Ayiana (left) and Anaia, were among the many musical acts at the White Lightning Festival. Photo by Jordan Brooks 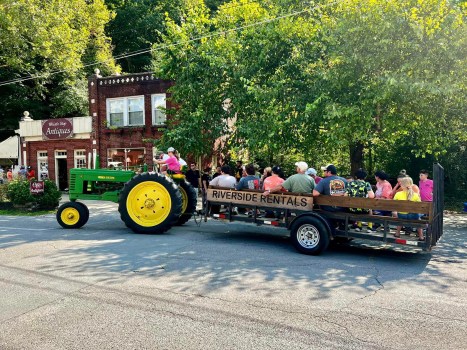 Tractor rides gave visitors a chance to get off their feet. Photo by Jordan Brooks 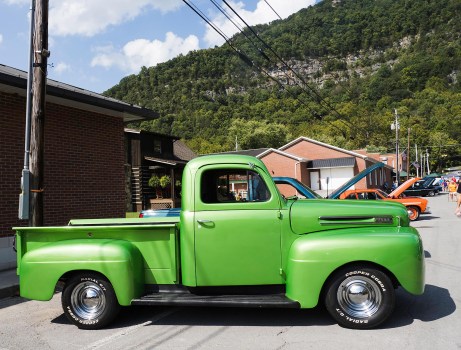 One of the area’s largest summer events, the White Lightning Trail Festival, features a variety of family friendly activities that celebrate the history of East Tennessee and Appalachian culture. The festival, held Sept. 17 in Cumberland Gap, featured dozens of arts, crafts, food and specialty vendor booths and a drive-in car show. Throughout the event, folk life and Appalachian culture was on center stage in a series of musical performances and handcraft demonstrations.

From the Civil War to modern day America, The White Lightning Trail Festival tells the story of those rugged, self-reliant people that made this area the topic of movies and gave birth to one of America’s fastest growing sports – stock car racing. The White Lightning Trail, which begins in Knoxville, travels through eight other counties including Anderson, Union, Campbell, Claiborne, Grainger, Jefferson, Knox, Hamblen and Cocke. These communities share a rich heritage that is on display in the form of demonstrations, food, antique cars, craft vendors, games, bike run and a variety of music.

Antique car lovers from several counties gathered to show off their vehicles for the special kind of car show the White Lightning Trail Festival has to offer.

There were a large variety of performers to sing along to, clap your hands to and stomp your feet to. Performers included: Caleb Carney, Natalie Fraley and her papaw David Honeycutt, Steppin Out Line Dancers, Station Creek, The Appalachian Storyteller, JD Phillips, The Roberts Sisters, Midway Elementary School’s Dance and Cheer Teams dance performance, Daniel Chumley, Jackson Bledsoe, The Broken Spurs Line Dancers and finally the Jade Robertson Band

The Festival had a variety of other types of entertainment and famous local guests. “The Beattyville Hillbillies,” Donnie and Teresa, appeared on the Discovery Channels “Moonshiners,” and have helped bring a spotlight to the history and culture of moonshining in eastern Kentucky.

Donnie and Teresa both grew up in the hollers of eastern Kentucky. Donnie is a multi-generational moonshiner, a talented craftsman and self-taught still builder. Carrying on the heritage of their Appalachian ancestors is very important to them both. They recently recorded their own documentary “Appalachian Moonshine”.