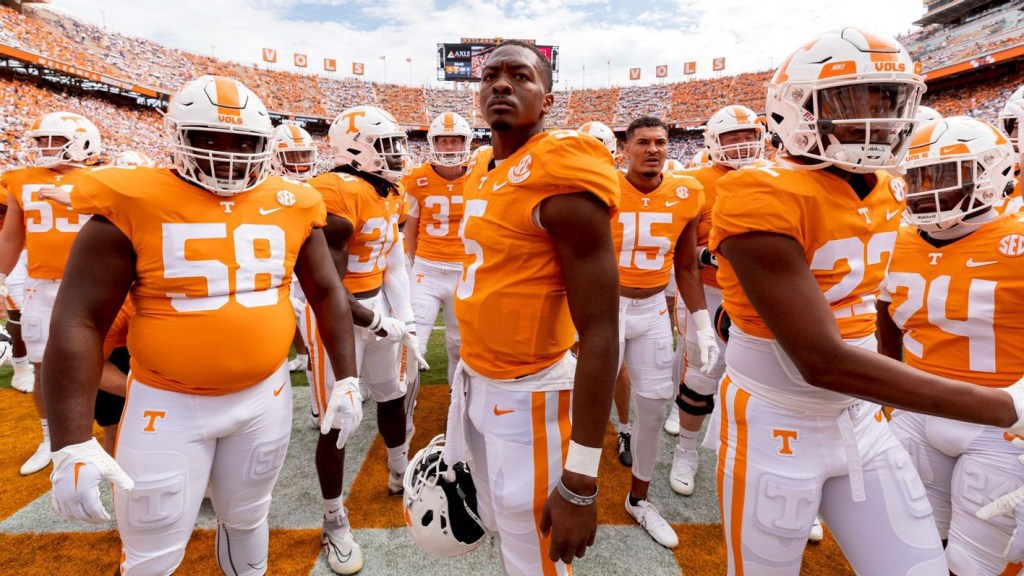 Hooker completed 22-of-28 passes going for 349 yards and a pair of touchdowns in the Volunteers 38-33 SEC-opening victory over No. 20 Florida. He made it happen with his legs too, gaining 112 yards on the ground and punching in another score.

In total, he logged 461 yards of total offense and became just the second player in program history to accumulate 300 yards passing and 100 yards rushing in the same game. VFL Joshua Dobbs, who was in the building for the victory, is the only other quarterback to post such numbers, doing it twice in his Tennessee career.

Hooker becomes the seventh Vol to earn Walter Camp Player of the Week acclaim and is the first to do so since linebacker Darrell Taylor won defensive honors on Nov. 10, 2018. Hooker is the first UT offensive player to capture the award since Dobbs did it on Nov. 20, 2016, following a win over Missouri.

Hooker and the Vols (4-0, 1-0 SEC) have an open week upcoming, but travel to Baton Rouge to face LSU on Oct. 8 inside Tiger Stadium. The kickoff time will be announced at a later date.