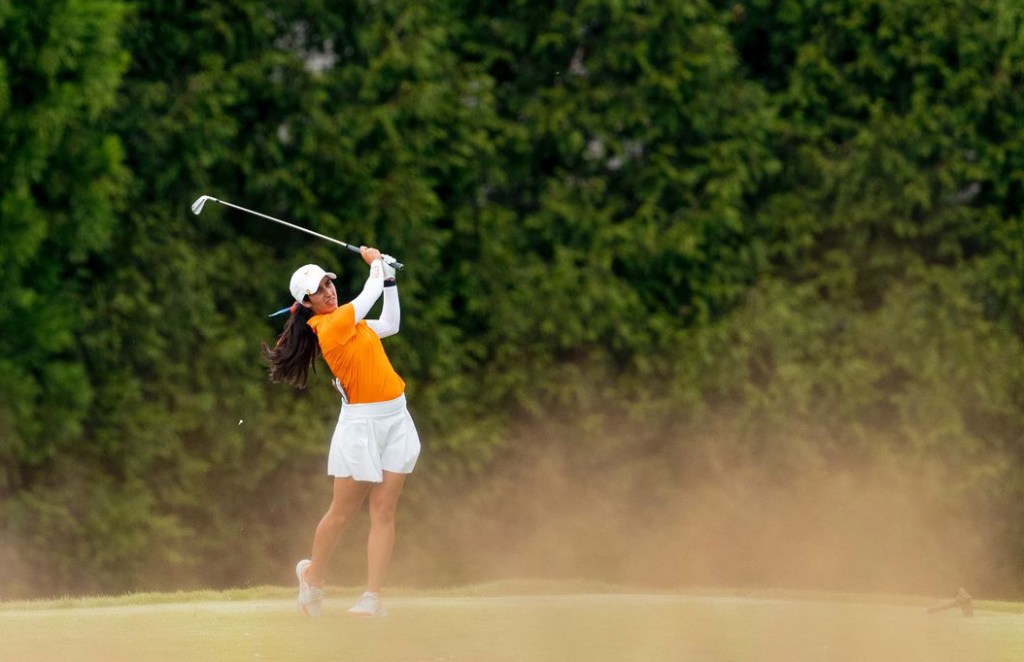 After play was suspended Monday night due to darkness, the second round continued Tuesday morning, immediately followed by round three at the Governor’s Club.

Vanessa Gilly held steady and shot even par in the final round, registering her fifth round of par or better this season. The junior finished tied for 12th place, posting the second-best finish of her Lady Vol career.

Manassanan Chotikabhukkana finished up round two Tuesday morning, making three consecutive birdies to card a 70, her fourth round of par or better this season. In the third round, the freshman shot 2 over par to tie for 24th, notching the first top-25 finish of her young collegiate career.

Caroline Patterson, a freshman, shot 2 over par in the final round to finish the tournament tied for 40th (+10), while junior Kayla Holden carded a 73 to tie for 43rd place. Sophomore Bailey Davis posted an 80 in round three to tie for 48th place (+12).