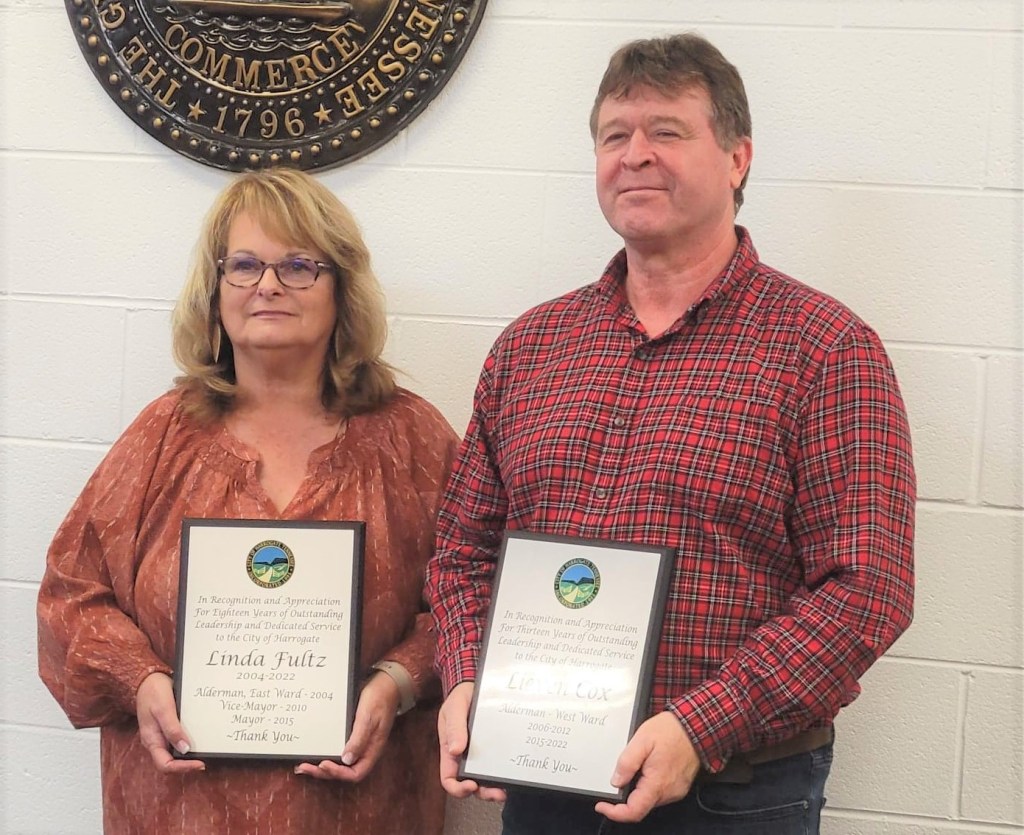 Members of the Harrogate Board of Mayor & Aldermen spent a bit of time during its October work session saying goodbye to two mainstays of city government. Mayor Linda Fultz, who decided not to run for reelection, and Alderman Lieven Cox, who is retiring, are leaving two seats vacant at the council table.

Fultz stepped up to the table in February 2015 when the late Bill Fultz passed away, going on to faithfully serve the city with a firm and loving hand.

Cox surprised some when he decided to retire his seat as west ward alderman, leaving the position vacant. The city council will appoint someone to fill the massive footprint he has left in government at a later date.

Fultz and Cox were honored with plaques of appreciation as each member of the board expressed their well wishes to the two hardworking people who helped to bring the city of Harrogate to its current prosperous status.