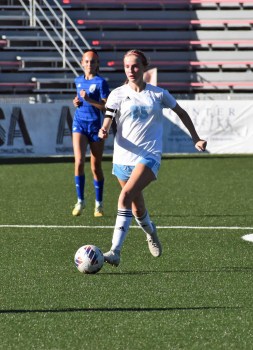 Aly Ramsey takes a shot on goal in the first half of Saturday’s state championship soccer match. Photo by Allen Earl 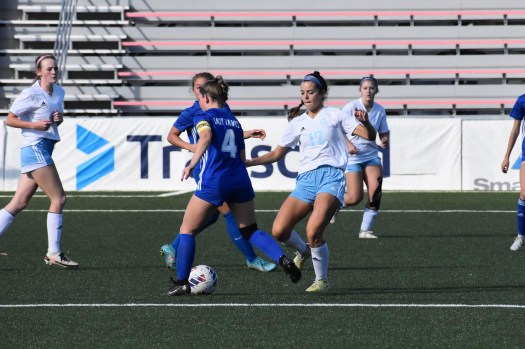 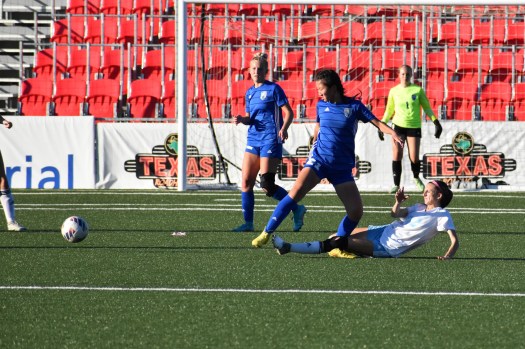 Merrol Hyde scored midway through the first half and kept the pressure on in a 4-0 win over Cumberland Gap on Saturday in the Class A girls soccer state championship match.

The defending state champs scored their first goal off the foot of Reagan Hudson with 22:44 left in the first half.

The next 17 minutes of game action remained scoreless for both teams before Merrol Hyde again found the goal to take a 2-0 lead over Cumberland Gap on a goal by Gianna Cruz with 3:24 left in the first half.

Hudson found the goal again for Merrol Hyde 15 minutes into the second half. Sydney Rewa closed the scoring with Merrol Hyde’s fourth goal with 23:47 left in the game.