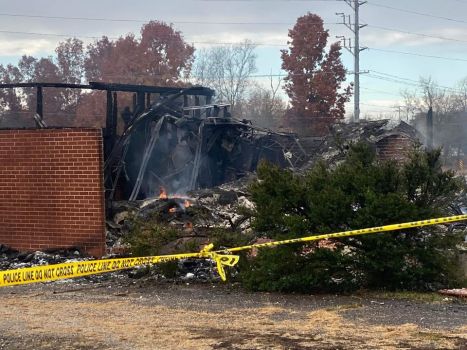 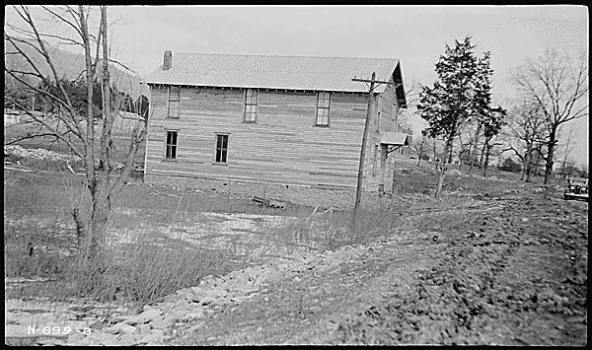 The original building that housed the Powell Valley Masonic Lodge in 1937. Photo courtesy of the late Randy Bullen History Page

A Masonic Lodge with a long, rich history in Claiborne County was destroyed by a suspected arson fire during the overnight hours from Saturday evening into Sunday morning. The fire also brought to ashes the Mountain View United Methodist Church which was housed inside the same structure.

Detectives with the Claiborne County Sheriff’s Office are actively investigating the fire as arson. The Tennessee Fire Marshal’s Office was called in and was on site early Monday morning to do an initial walkthrough of the scene.

Flames reportedly shooting from the roof of the structure endangered nearby power lines as the building ultimately succumbed to the fire. The property is considered a dangerous scene and should be avoided by the public.

The Lodge had allegedly received threatening letters, prior to the fire. The grounds had reportedly been used for drug trafficking, according to a neighbor.

The Powell Valley Masonic Lodge #488 has served the community since 1876.

Responding agencies were the CCSO, Claiborne EMS along with the Speedwell, Harrogate, North Claiborne and Tazewell-New Tazewell Fire Departments.

This is a developing story. The Claiborne Progress will have more as new information is released.