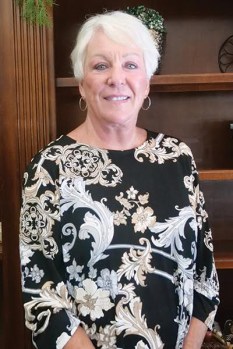 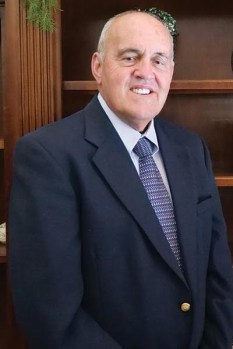 Lincoln Memorial University inducted the Class of 2022 into its Educators’, Literary and Professional Halls of Fame during Homecoming celebrations earlier this month. Retired Dickenson County educators Larry and Judy Compton were enshrined into the Educators’ Hall of Fame on Saturday, October 8.

Fittingly, Larry and Judy Compton have the distinction of being the first husband and wife tandem to be inducted in the same year. According to the couple, Judy Compton would not have the opportunity to pursue her degree had they not married after her high school graduation following Larry Compton’s first year at LMU. The high school sweethearts have been together for 55 years and married for 52. They lived just off campus while attending LMU and graduated together in 1973. Following graduation, the Comptons returned to their hometown of Big Stone Gap and began teaching in the Dickenson County Public School System. He went on to earn a master’s of education from the University of Virginia.

Larry Compton served Dickenson County Public Schools as a teacher, coach, assistant principal and principal over his nearly 40-year career. He retired in 2012, after serving 12 years as the principal at Haysi High School. In nominating materials Larry Compton was recognized as leaving a lasting impression on his students. He always made sure their needs were met. If they lacked transportation, he drove them. If their car broke down, he helped find a repairman. If they needed appropriate clothing for an event, he got it for them. Larry Compton was an educator that many novice teachers sought out for advice. As a principal, he led by example and created a family atmosphere. He often pitched in wherever there was a need in his school community even if it was mowing, driving a bus or cooking in the cafeteria. He was described by one colleague as “the best principal I ever worked for.”

Judy Compton taught fourth, seventh and eighth grades as well as physical education at Dickenson County Public School System during her long career. She also served as a coach. She earned an MEd from Virginia Tech in 1996. Following 25 years in the classroom, Judy Compton became a principal, serving at two elementary schools. She stepped away from Dickenson County Schools for a few years to work with a regional multi-state education grant program but later served as superintendent of schools and retired from that position in 2008. She worked for Virginia Tech until retiring in 2012.

To be considered for induction into the Halls of Fame, the nominee must be an alum of LMU or an employee with at least 10 years of service. They must have been active in their area of expertise for a minimum of 10 years and made contributions or significant achievements in their field.