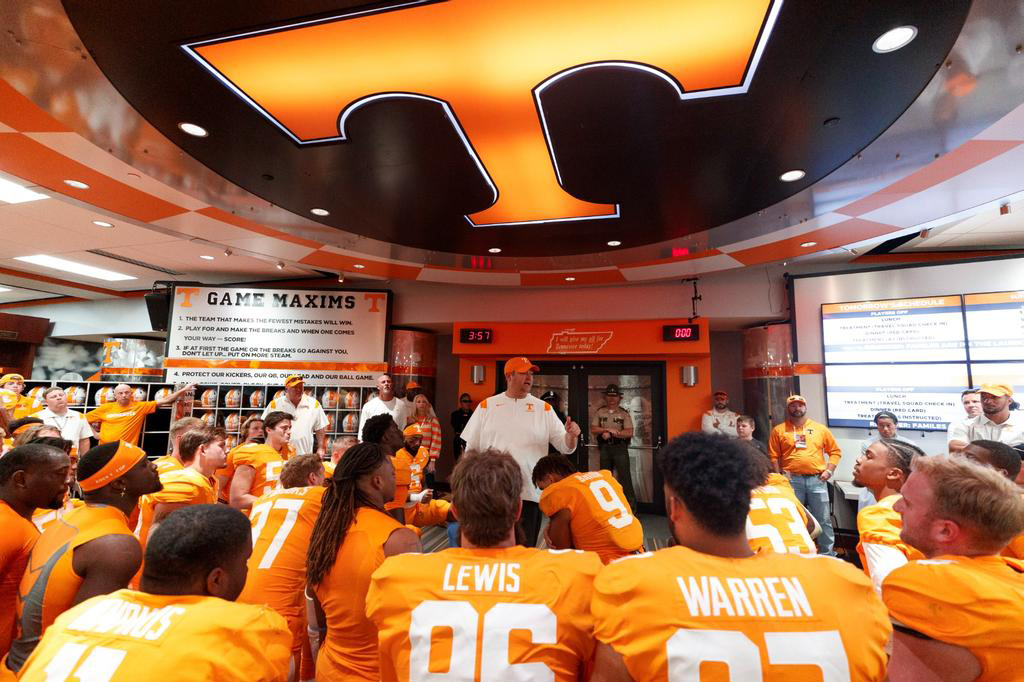 Two days out from a top-3 road matchup, Tennessee football head coach Josh Heupel took the podium Thursday morning to address the media one last time before the No. 3 Vols clash with the No. 1 Georgia Bulldogs on Saturday afternoon at Sanford Stadium in Athens.

Heupel expects a raucous atmosphere between the hedges in what numerous media outlets are dubbing the Game of the Year, which will be broadcast at 3:30 p.m. on CBS. ESPN’s College GameDay will be on site in Athens—previewing the Vols for the third time this season after two appearances in Knoxville earlier this fall.

Scoring at a clip higher than any offense in the country averaging 49.4 points per game and 1.86 points per minute, Tennessee’s up-tempo scheme will be put to the test against a Georgia defense that leads the SEC and ranks second nationally in scoring defense (10.5). Heupel spoke to handling the environment the Vols will be placed in Saturday and emphasized the importance of communication and execution against such a stout defensive unit.

“At the end of the day, there have been times since we have gotten here that we have handled being on the road extremely well,” Heupel said. “There are other times where we have not handled it. A lot of that is on us. The communication and playing smart football will be important on Saturday, but anticipate us handling it well.”

With all the pomp and circumstance surrounding the game, the Vols remain focused on the task at hand—preparing and practicing with the ultimate goal of going 1-0 each week, as they have throughout the entire fall.

“The outside noise and the fact that this is a big game, everybody knows that right?” Heupel said. “But the reality is as a competitor, you’re so entrenched in preparation, or you should be, that the week kind of unfolds in a normal routine for you. Our guys are confident, and they’ve prepared in a really good way. I don’t feel like they’ve changed their habits in any way that’s going to hurt us during the course of the football game because we’re not prepared.”