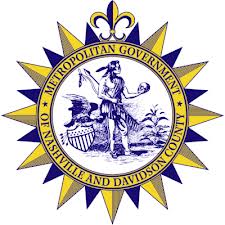 Davidson County has a list of more than 437 voters who were originally placed as voting in the wrong district.

The county is asking voters on that list who voted during early voting to head to the main office at 1417 Murfreesboro Pike between 7 a.m. and 7 p.m. on Tuesday to use a provisional ballot.

If a voter is on the list and did not vote during early voting, that voter should go to their assigned precinct and vote on a paper ballot that will be in a personalized envelope at the polls.

All other Davidson County voters will use the standard ballot marking device and ballot scanner, according to communication from Jeff Roberts, Davidson County’s Election Administrator.

The ballot issues came to light over after a report from The Associated Press last week.

“Poll officials can only offer a paper ballot to the impacted voters or voters who must vote a regular provisional ballot due to registration issues, etc,” Roberts wrote.

The provisional ballots will not be full ballots for those who already voted.

“The provisional ballot will only be for the races in the misassigned voter’s correct state and federal congressional districts and will only be counted in the event of a contested election,” according to a press release from Tennessee Secretary of State Tre Hargett.

The issues come after Tennessee completed required redistricting for both federal House races and Tennessee House and Senate seats. States are required to redistrict following the U.S. Census results release.