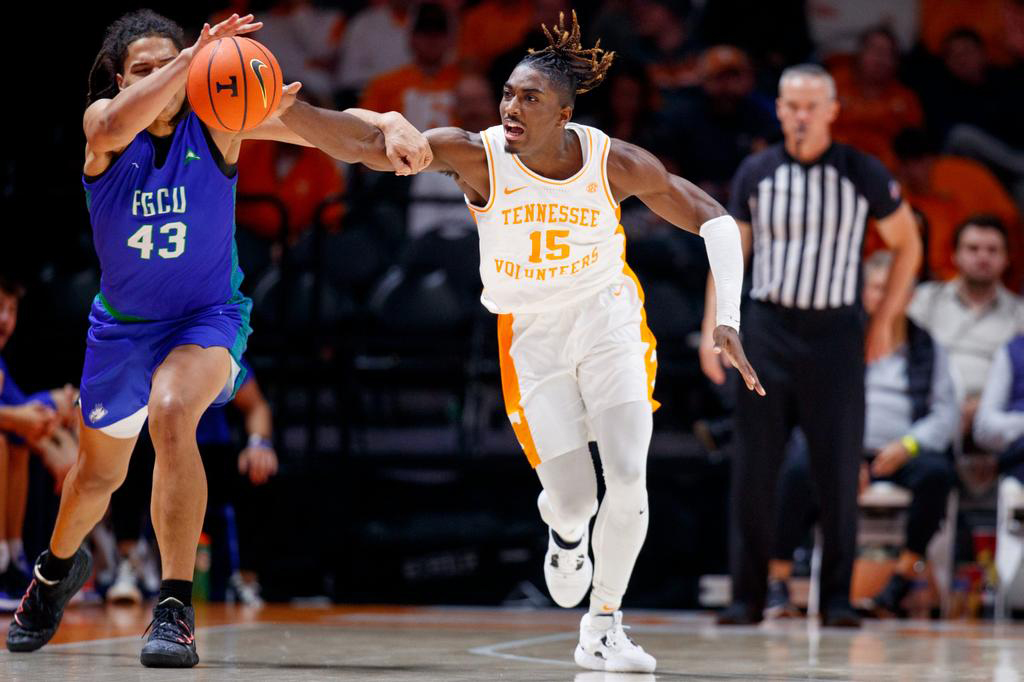 Tennessee (2-1) limited Florida Gulf Coast (2-2) to 14-of-46 shooting (30.4 percent), the lowest a Volunteer opponent has shot since Appalachian State shot 27.9 percent on Dec. 15, 2020. FGCU came off a program-record 17 made 3-pointers on Sunday against Ave Maria, but the Volunteers defense refused to let the Eagles beat them from deep. The Atlantic Sun foe made just 5-of-24 shots from beyond the arc (20.8 percent).

Tennessee took advantage, poking away nine steals in the game, led by Santiago Vescovi with three. In three games this season, the Vols are averaging 12.3 steals per game.

Despite dealing with foul trouble for much of the second half, James still turned in a productive performance, shooting 5-of-8 from the field and 4-of-6 from beyond the arc while adding six rebounds. James is now shooting at a 52 percent clip through three games, including a staggering 52.6 percent on 3-pointers, this season.

His output was matched by Nkamhoua who created offense in a different fashion, playing a physical game down low and getting to the free throw line. He tied James for the team-high in points, also scoring 18, on 5-of-7 shooting, draining his only 3-pointer, and putting away seven free throws. It was just the fifth time in his career Nkamhoua led the team in scoring.

The Vols finished with four players in double-digit scoring. Complementing James and Nkamhoua’s nights were freshman Julian Phillips, who sank 9-of-12 free throws, and Jahmai Mashack, who posted a career-high 10 points on 4-of-7 shooting while draining a pair of free tosses.