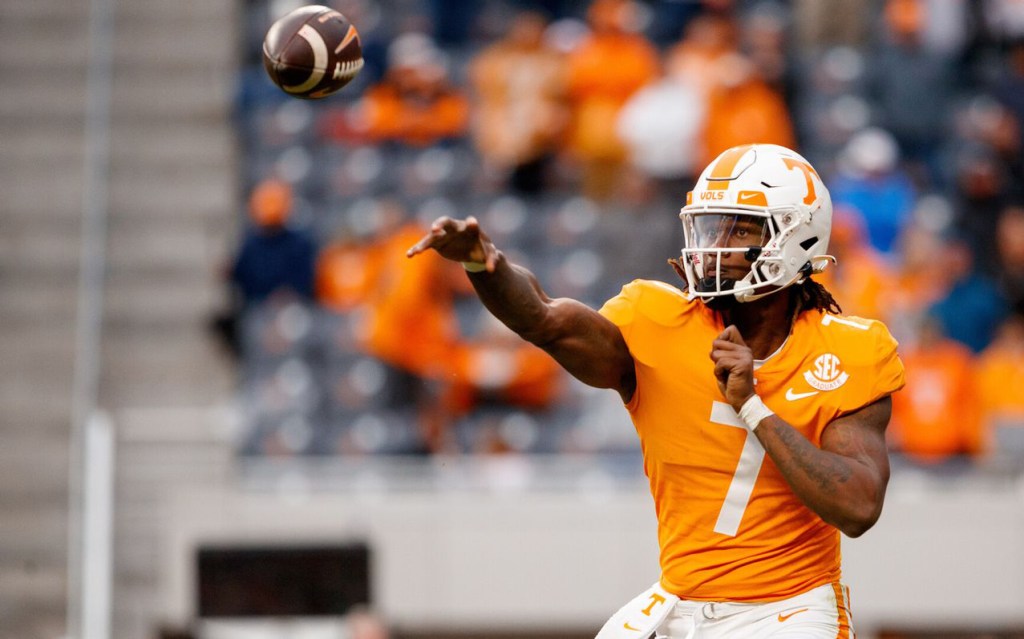 The energy was high during Tuesday morning’s practice at Haslam Field as Tennessee looks to rebound from a disappointing loss at South Carolina last weekend when it travels west for an in-state showdown against Vanderbilt on Saturday night in Nashville.

Much of the talk on Tuesday was centered around starting quarterback Joe Milton III and how the offense will look under the Vols’ new signal caller following Saturday’s season-ending injury to Hendon Hooker.

According to Milton’s teammates and coaches, having one of the most talented and experienced backup quarterbacks in the country should pay major dividends on Saturday and moving into the postseason.

“We have all the confidence in the world in Joe Milton,” junior running back Jabari Small said after Tuesday’s practice. “I was talking to one of the trainers yesterday, last week in practice when Hendon was in, Joe would be right behind me while I’m in the huddle. He (was) preparing like he was QB1 throughout the whole year, so he is definitely prepared for this opportunity. It was just time, he was going to get his chance. Hate (that) it had to be under these circumstances, but he is more than ready.”

Starting center Cooper Mays, who works hand-in-hand with the quarterbacks every day, echoed those thoughts as well.

“He’s extremely ready,” Mays said when asked about Milton. “I think you all have kind of seen that with a lot of the work that he’s put forward this year. He’s played in a good bit of games and when he’s come in, I think he’s done a really good job every time.

“Just the growth that I’ve seen from him this whole last year, growing and learning under Hendo, coach Heupel and coach Halzle, I think everybody has a lot of faith in him.”

Despite the disappointing outing in Columbia, there is no lack of motivation this week with the possibility of recording the program’s first 10-win regular season since 2003 and a potential New year’s Six bowl game at stake.

“We still have a lot to play for. That is definitely a goal of ours (playing in a NY6 bowl game), and getting 10 wins, which is something that has not been done (at UT) in a long time,” Small said.

The Vols finish out the regular season on Saturday night at 7:30 p.m. at Vanderbilt. The game will be broadcast on the SEC Network.