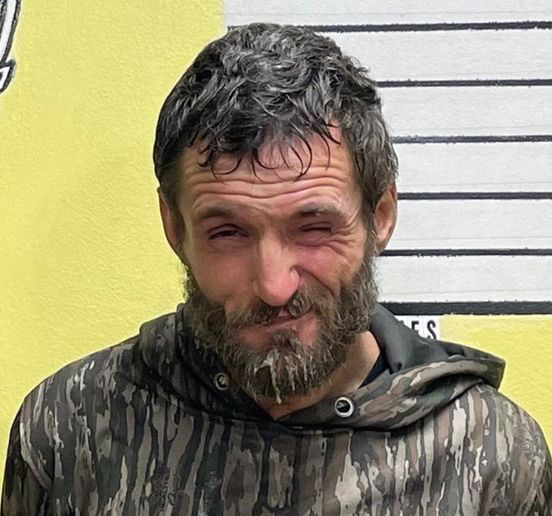 At about 1:49 p.m. on Jan. 18, K-9 Sgt. Adam Southern, Sgt. Frank Foster, Deputy Jody Risner and Chaplain Rick Dorton,were dispatched to 585 Highway 2077 in reference to a domestic dispute. A man, identified as 44-year-old John Wayne Girdner of Pineville was observed holding a knife to the female victim’s throat and was carrying a gun.

Upon arrival, Southern noticed two small children in the driveway, appearing frantic and pointing to the back yard. The sergeant then pulled forward seeing the victim lying on the ground with Girdner on top of her, strangling her with his hands and punching her in the face.

The deputy then used physical force to tackle Girdner to the ground after he became combative and ignored verbal commands. Chemical spray was also deployed to effectively place him under arrest.

The victim stated that she and Girdner had been arguing all day and he had previously held a gun to her head threatening her, including holding machete to her throat just prior to the deputies arrival. A 9mm handgun and machete were recovered from the scene hidden near where victim was assaulted.

After Girdner was placed in the sergeant’s cruiser, he was observed attempting to conceal a small white pouch containing a bag of a crystal-like substance believed to be Methamphetamine, and multiple syringes with residue.