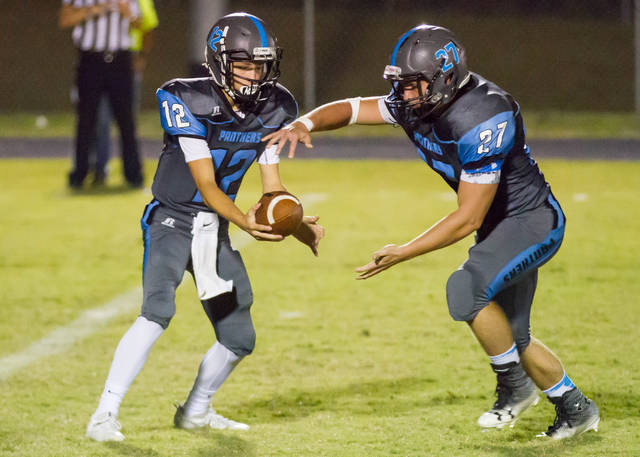 The Cumberland Gap Panthers hosted the Wartburg Bulldogs Sept. 29. The Panthers won the coin toss and deferred until the second half.

Nich Neverstitch kicked the ball off to Wartburg to begin the game and the Bulldogs fumbled the ball back to the Panthers. Matthew Muggridge quickly turned it into points by rushing 16 yards for the score. The PAT was missed due to a bad snap but the Panthers had a 6-0 lead just seconds into the game. The next time the Bulldogs had the ball they fumbled as well and the Panthers recovered. The Panthers drive was coming to an end but a gutsy call by Coach DeLynn Cline on fourth down worked and a Caden Brunsma pass to Peyton Welch scored the second TD of the game. Neverstitch kicked the PAT through the uprights to lead 13-0.

It was three consecutive turnovers for the Bulldogs as Muggridge intercepted a pass and took it to the 18-yard line. A penalty turned away a Panthers TD and they did not threaten on their set of downs actually turning the ball over on downs back to Wartburg. The Bulldogs scored from two yards out with Moore but failed on the conversion attempt. The score was 13-6 after one quarter of play.

The two teams exchanged punts to begin the second quarter but Gage Ellison went 71 yards for the Panthers third score. The PAT was true and the Panthers extended their lead to 20-6. They followed that score with another at the 5:44 mark with a Jayson Upton 50-yard scoring play. The PAT was missed and the score was 26-6.

The Bulldogs drove to the Gap’s 21-yard line but the drive stalled and went for it on fourth down, turning the ball back over to the Gap. Two plays, later Brunsma connected with Ellison for a 65-yard TD pass with 1:22 remaining in the first half. The PAT by Neverstitch was good making the score 33-6. The Bulldogs were on the way to a potential score but ran out of time leaving the score 33-6 in favor of the Panthers.

During the third quarter, Keaton Cornett got a big run of 32 yards and then he capped it off with a two yard TD run with 10:07 to go. The Panthers went for two with Muggridge plowing in through the defense making the score 41-6 and that score created the running clock as demanded by the TSSAA rules. The Panthers added another score with 55 seconds remaining in the third quarter on a Logan Miracle rushing TD but again the PAT was no good. The score was 47-6.

The Bulldogs placed more points on the board during the final period to close the distance on the scoreboard to 47-20 but the Panthers were delighted to get the big win and take a big step toward the playoffs. The Panthers will travel to Jellico Oct. 6.